It takes a lot to get me rattled, upset, annoyed, you name it.  I’m often described as “easy going,” or “go with the flow,” or “even keel.”  I’ve had friends and dates ask me, “do you ever get upset?  What are your triggers?”  That question is very easy for me to answer.  Without hesitation, I always answer, “bad manners.”

I’m a fan of texting.  I text daily.  Check-ins with friends, my children, my ex-husband…it’s a fantastic and easy mode of communication.   However, recently, texting has become my trigger.

Friends don’t respond; dates go silent before and/or after you’ve met; some people leave you hanging for days before a response; in a world of quick, impersonal communication, have we gotten so accustomed to bad manners as the norm that common decency makes us skeptical?

Friend:  Free for dinner on Wednesday?

Me:  Ugh.. I wish!  I’ll be sitting in a hot gym watching my son’s basketball game.  Thanks for the invite, though!

And, I’m definitely left triggered.  Annoyed by the lack of acknowledgment and common decency

Texting is a conversation.  Imagine if the above occurred face to face.  That last step of “crickets” is the equivalent of walking away from someone after they’ve responded.  You wouldn’t do that.  There’s a flow to conversation… a rhythm.

You wouldn’t turn on your heel and abruptly walk away; you’d wrap up the conversation.  You’d respond with something along the lines of, “No worries!  We’ll do it another time.”  Even though you cannot see the other person while texting, it still counts as a conversation.

Humanize your texting habits.  Imagine the other person taking time out of their day to read your texts and engage with you.  If you start the conversation, the onus is on you to wrap up the conversation politely, kindly and with acknowledgement of the recipient’s reply.

I appreciate texting due to its efficiency.  Our lives are busy…. we’re being pulled in more directions than ever.  If I receive a text from someone, and I can’t give it the attention it deserves in the moment, here’s how I handle it…

Friend:  I need to change the meeting time on Tuesday.  Can you send me a few options of times/days you’re free next week?

Quick, polite, easy, and the sender isn’t left hanging, wondering if I received the message or not.  The sender doesn’t need to spemd one more second of thought on this; I’ve acknowledged it was received and will be wrapped up later.

Worst case scenario?  If you’re someone who receives texts all day long and doesn’t have the time to weed through them daily, set your phone to “read receipt.”  The text will show the sender that at least you’ve read it.

Singles who are dating, listen up!  If your interactions with someone you’re interested in are only via text, you don’t have a relationship; you have a pen pal.  Again, texting is a conversation.

The majority of people wouldn’t do that, and if they did, you’d more than likely be filing a police report after you put away your mace.  Just because the messages are via text doesn’t mean that common decency doesn’t apply.

I recently asked a man I was on a date with about his delayed response to a text I sent him.  After our second date, I sent him a text thanking him for another great evening of dinner/drinks; threw in a little blurb about how cute he is; and added that I was looking forward to seeing him again.  His response?  Crickets.  Nothing until FIVE DAYS LATER.  And then I received a response that was odd.

My polite, flirty, appropriate text after a second date left him skeptical of my intentions.  Truth be told, I knew it wasn’t a love connection from the get go, but he is cute.  And I was looking forward to spending more time with him.

He’s smart, interesting, received a Purple Heart and a Bronze Star while in the military, has great stories and conversation is extremely easy.  Who wouldn’t want more of that in their life?  But I could tell from his response that he thought I was a Stage 5 clinger.

So, we went out again, and I asked him about it.  (I told him I was writing an article about this and enquiring minds wanted to know.)  I asked him why he waited 5 days to respond when a simple, “Thank you!  It was fun spending time with you.” would’ve sufficed.  He told me he prioritizes texts.  He evaluates texts by whether they require a response or not.

For example, if I had said, “Does dinner at 6 work for you?” he would’ve responded, because it was required.  My courteous and flirty text threw him for a loop.  He said he took it as me simply stating my opinion and no additional information was required.

He added that he also read my text as me getting attached.  I told him I was simply being polite and thanking him for a great night.  He looked at me with amused skepticism.

It starts with us, dear readers.  Let’s humanize texting!  A few reminders…

Have any examples or texting tips of you own?  Leave a comment!  We value your time and feedback.  All comments will be acknowledged. 🙂 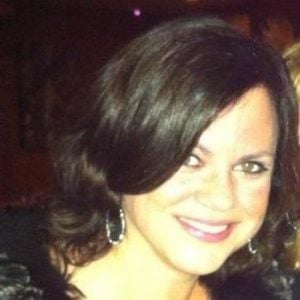