Dessert salad with snickers anyone? Now that I have your attention, read on and learn how to make this delicious treat in just five minutes! 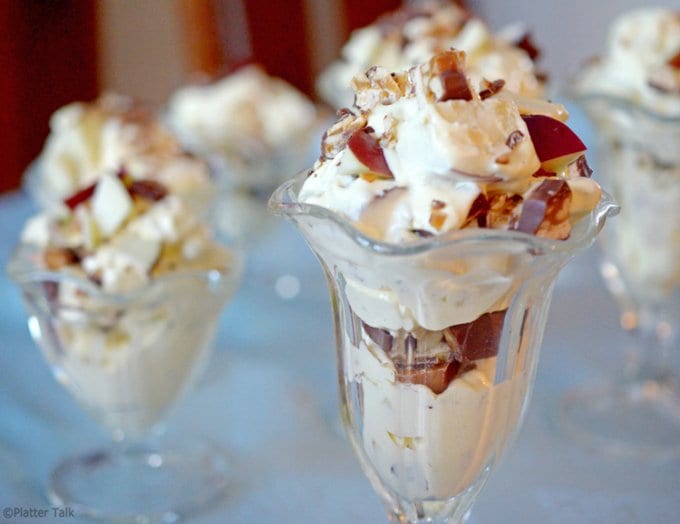 You have to have a little fun, sometimes in your life.  I like to think that this adage applies in the kitchen, on the table, and on your palate as well. 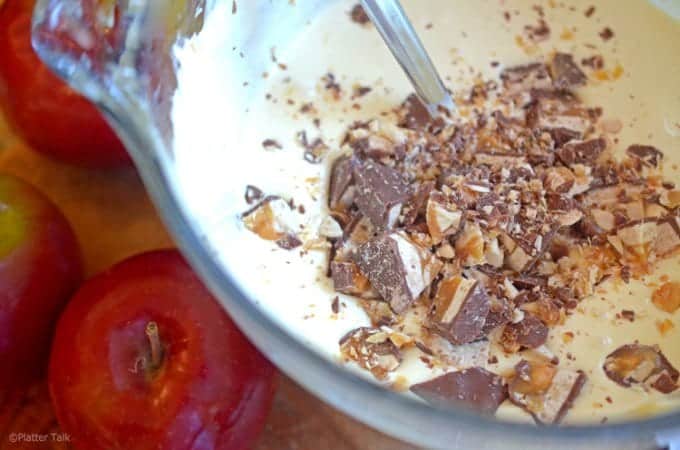 Someone recently brought the idea for this post to my attention and the mere mention of snickers in the recipe's name caused my mouth to water.  As I asked her to tell me more about the dish, she mentioned the word "salad" which immediately brought some justification for the use of a candy bar, in my mind.

Whoever named this recipe clearly took a little poetic license in naming this a salad.  I suppose the use of apples gives some credibility to the title but let's be real here:  This simple and delightful creation is 110% dessert.  It is every bit as delicious, as well. 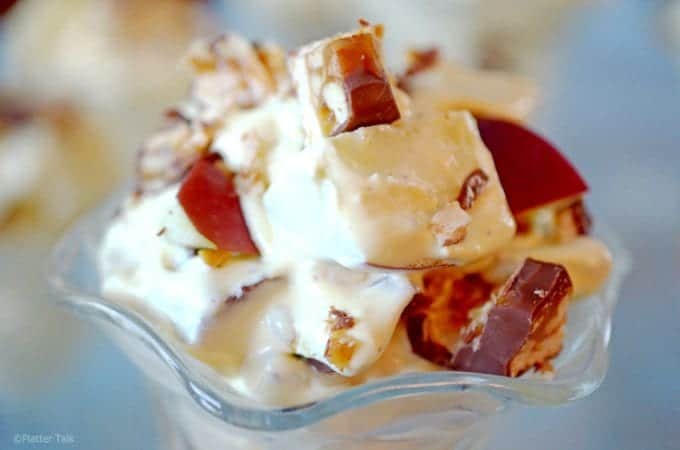 As I made note in the post's title, this dessert can be whipped up in as long at it take you to stir some instant pudding into a bowl of Cool Whip with some milk, cut up an apple, and throw in some pieces of snicker bars.  It's that simple.  It's that delicious.  Oh, and one more thing:  It's an eye-catcher.  When our oldest son opened the fridge last night, where these beauties were holding court on the top shelf, his eyes grew almost unnaturally wide along with the rest of his facial expression and he asked me, "What's that?"  My reply, "That my son, is tonight's salad."   Keep it fun, keep it simple, this one will help you to do both. 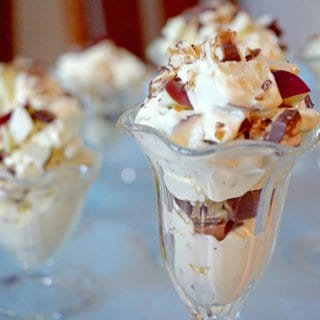 Some may disagree if this is a salad or dessert. Call it what you will but it's delicious under any circumstances.
5 from 3 votes
Print Pin Rate
Prep Time: 5 minutes
chill: 30 minutes
Total Time: 5 minutes
Servings: 6 servings
Calories: 410kcal
Author: Dan from Platter Talk

Apples can be peeled or used with skin on, according to personal preference. I used some of both to give some extra color.
You may want a few more Snicker bars to use as garnish.
Add or subtract amounts of apple or Snicker bars according your taste preferences.