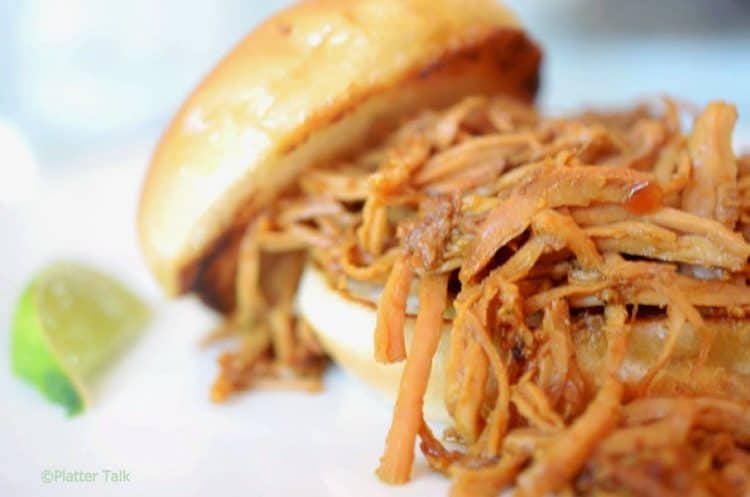 I love our slow cooker but it's one of those things that we use too seldom.  Parents with busy families are often the greatest beneficiaries of these kitchen wonders.  The slow cooker seems like such a basic kitchen implement,  not unlike a cast iron skillet or ordinary spatula.  T

hese standards are far more versatile than many of us give credit, his white chicken chili was made in a crockpot.  I'm pleased to say that with this post I am giving to you one more example of what a slow cooker is capable of producing in terms of flavor, taste, and perhaps most important, ease and convenience. 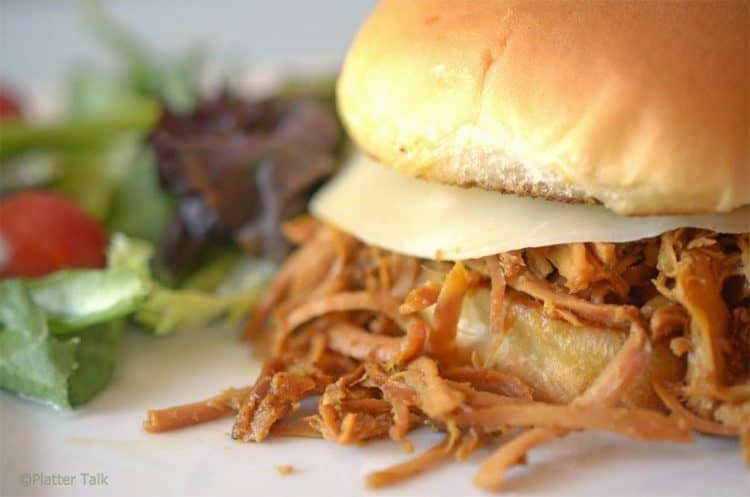 My husband does the lion's share of the grocery shopping for our family and there is a sound reason for this; he's what you might call a good shopper.  He's patient, he's not impulsive, and he's smart.  This recipe starts out with a turkey tenderloin, from Aldis, that he probably picked up for $5.00 or less. 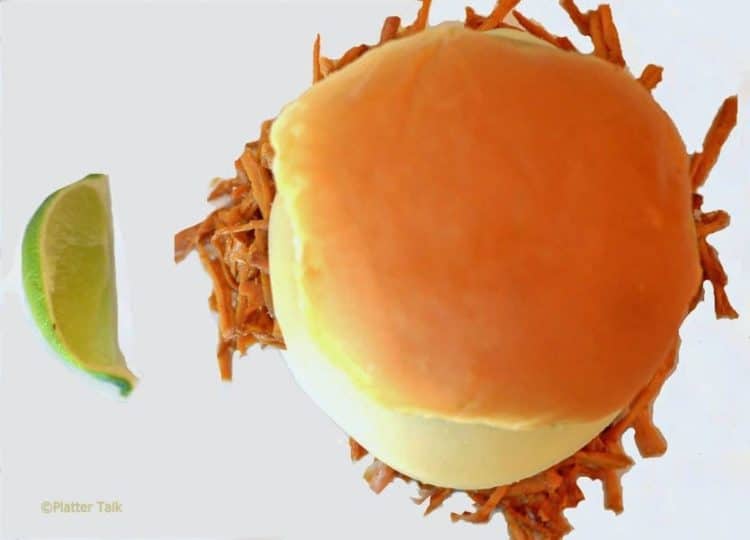 Unsure of any real direction he was going with this before leaving for work yesterday morning, Scott dropped the turkey into our crock pot, added a little apple, half a juice box, some brown sugar and a dash of salt and pepper.  That's it. 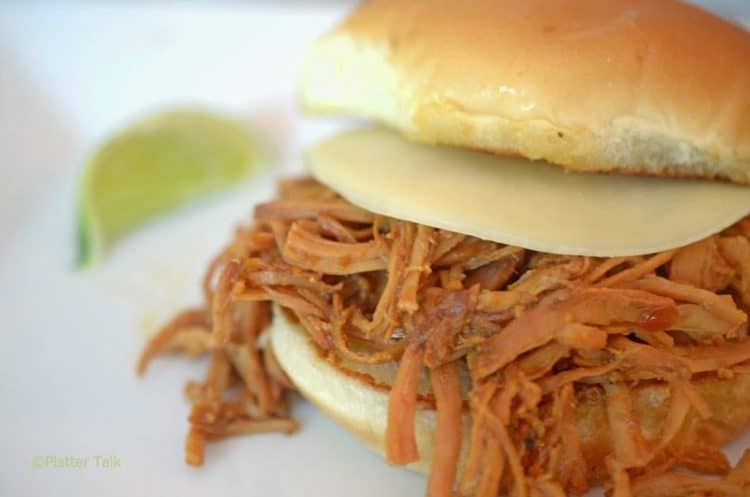 I returned home from work an hour or so earlier than he did and thus I'm the one who was treated to the aroma of family dinner, patiently waiting to be finished off on a toasted bun and served with some greens.  While I was forking the turkey apart and gently incorporating the liquid with the meat, I was surveying our produce basket atop our kitchen counter.

It's about that time that I spied a couple of small limes, both were begging to be used. The quick slice of a paring knife and a short squeeze in our hand-held juicer and this slow cooker recipe was taken to another level.  The flavor of this sandwich stayed with me an hour or two after wolfing it down, it was that good.  If I had a little cilantro laying around, I certainly would have chopped some of that up and blended it in with the rest.  In lieu of a bun, this would make an excellent wrap as well.  Wow your kids, wow your better-half, and wow your taste buds with this slow cooker recipe.  All will thank you. 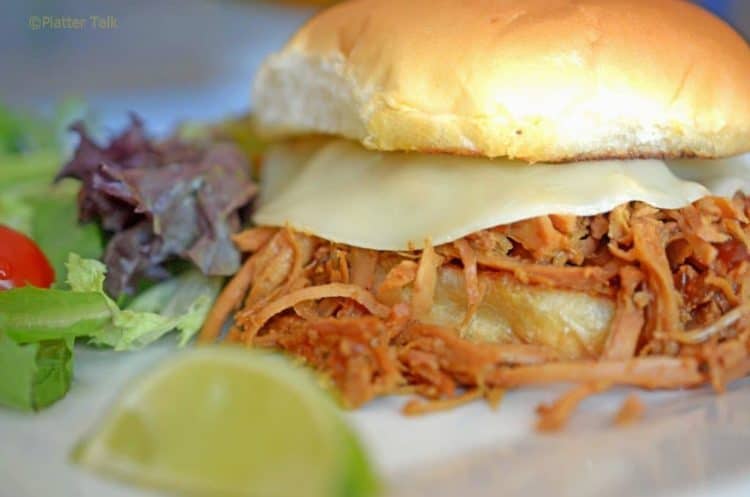 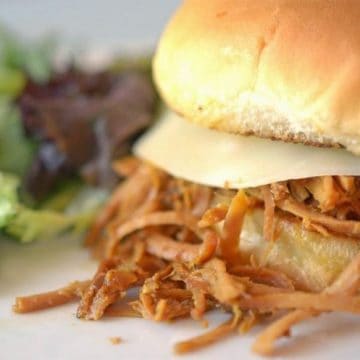 Heat a tablespoon or two of olive oil in saute pan over medium high heat, place buns, crust side up in pan to gently brown and crisp them before serving.
Consider adding ½ cup chopped fresh cilantro