Baked Eggplant Parmesan Recipe from Platter Talk -
While walking through my favorite grocery store, I ran across a special that they were having on eggplant.  I knew that Dan had made some very delicious things with with this rarely used vegetable, so it was a no-brainer to throw it into the cart.  Never in a million years would I have thought that I would be creating my very own Baked Eggplant Parmesan Recipe. 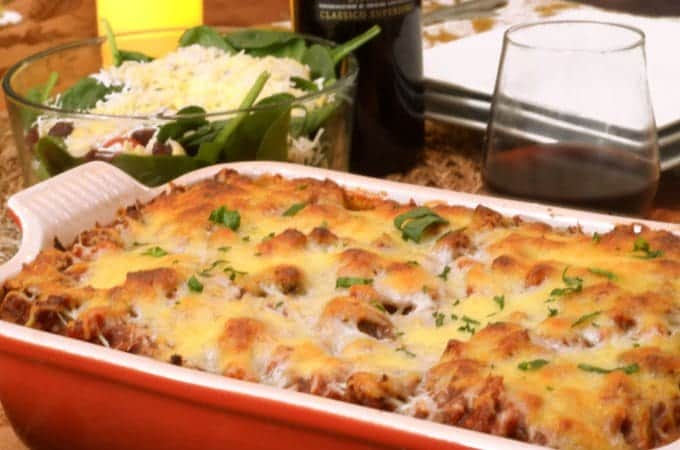 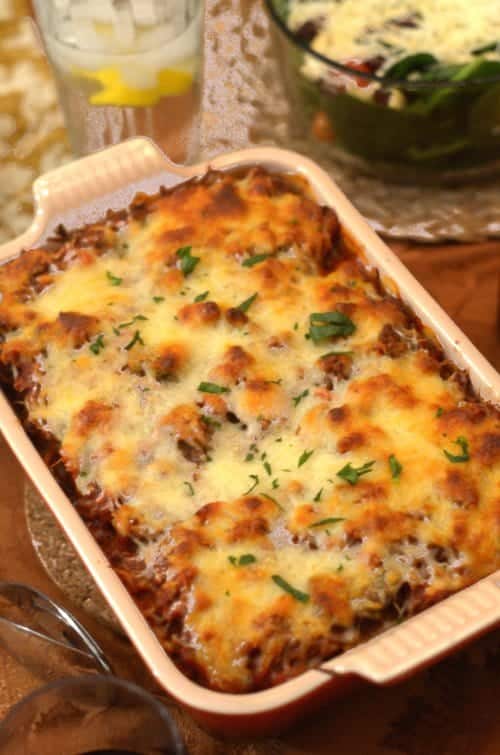 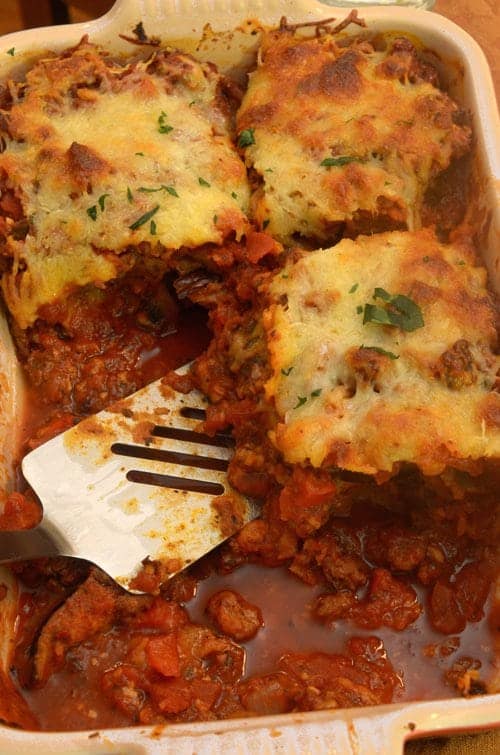 I must admit, I have never cooked with egg plant.  I find it a very pretty vegetable but I have always been scared to cook with it.  That was until I got the call from Dan that he was having a very busy day.  In an effort to try to surprise him, I decided to put my fears aside and try my hand at my very first Baked Eggplant Parmesan Recipe. 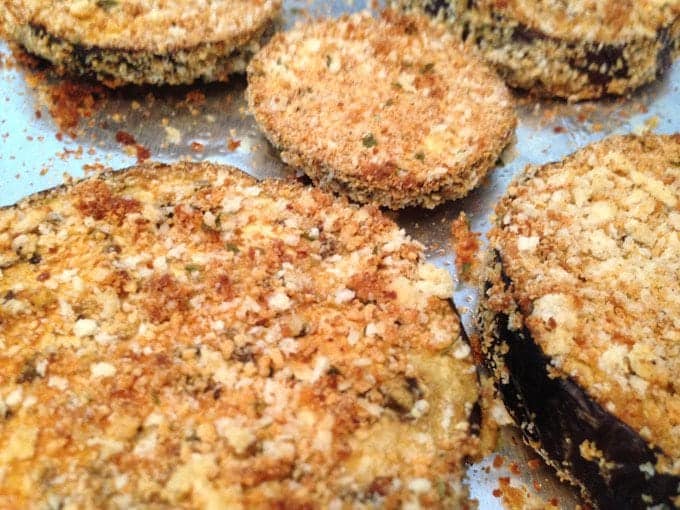 I remember watching Dan make a similar recipe and he breaded and fried his eggplant.  While I knew that was an option, I decided to take another approach, the oven.  By baking the breaded eggplant, I was able to make a more healthy alternative.  Baking gives this Baked Eggplant Parmesan Recipe a lighter, less greasy texture, but still had all the crunch and flavor. 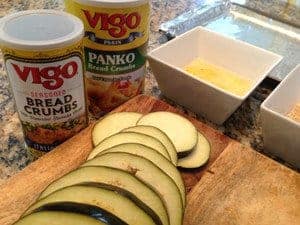 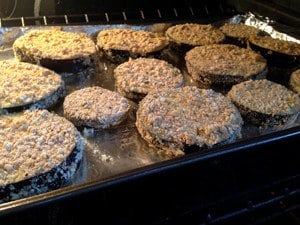 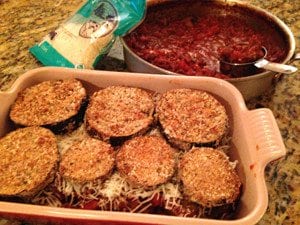 Up until a few years ago, I would run to the pantry and get a jar of my favorite spaghetti sauce.  Mainly because it was convenient.  H0wever, after experimenting with making my own marina, I found that putting together a sauce is easy and much more flavorful, plus you can control and know everything going into it. 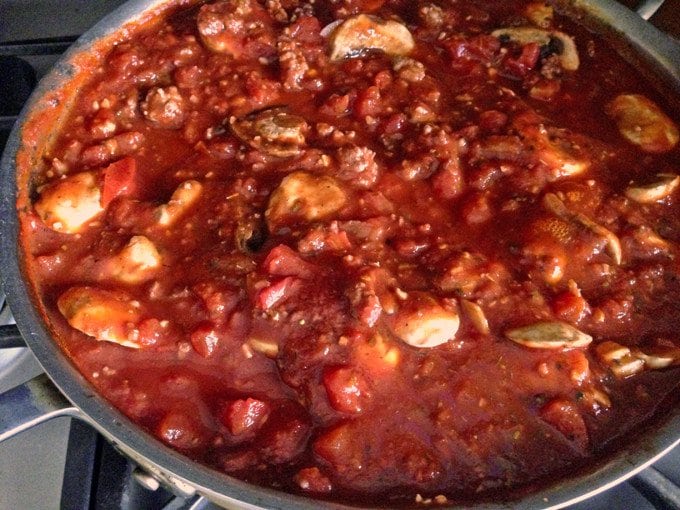 With my Baked Eggplant Parmesan Recipe, I took the liberty to make a sauce with fresh red pepper and fresh mushrooms.  Maybe not a tradition but oh, so tasty. 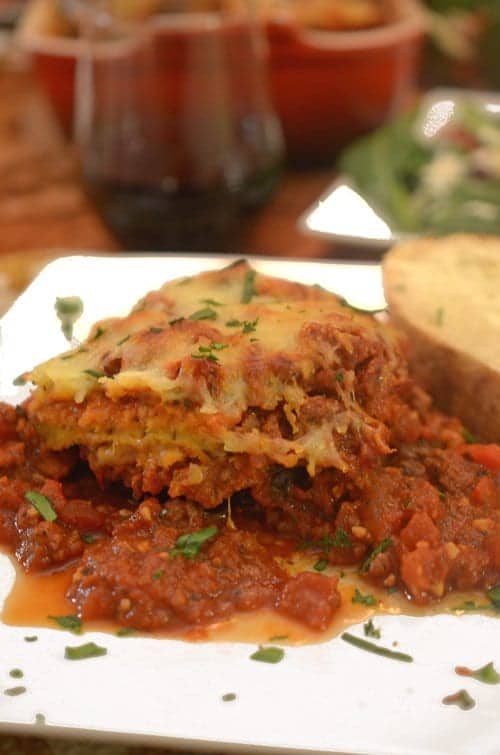 I can't tell you how much fun I had to put this together.  Although, I will admit, when Dan came home I was a little nervous.  How would my first attempt at a Baked Eggplant Parmesan Recipe taste?  Did I mention that he invited a friend over to dinner as well?  The pressure was on. 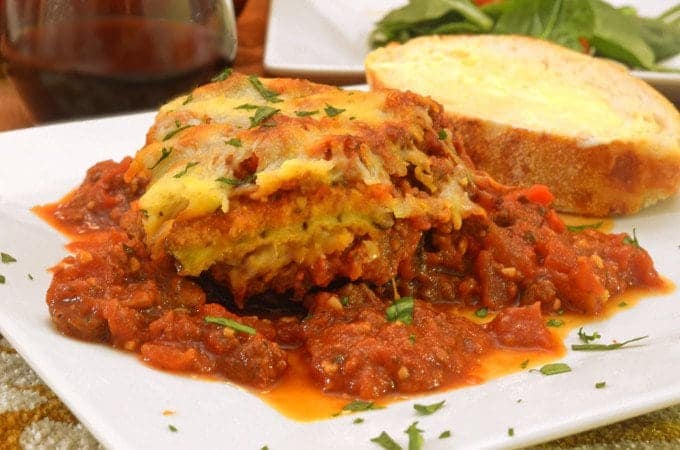 Well, my fears were quickly laid to rest with the first bite.  Success!  Our guest even asked to take a piece of my Baked Eggplant Parmesan Recipe home with her so she could have it for lunch the next day.  What a great compliment.

What do you have to lose?  I have taken all the fear out of this recipe for you.  Just follow my instructions, invite some friends over, open a bottle of wine, insert your favorite conversation and enjoy a big piece of this Baked Eggplant Parmesan Recipe.  -Scott 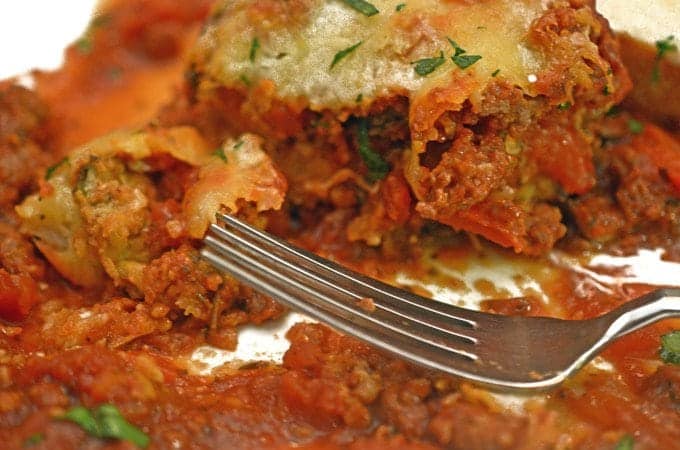 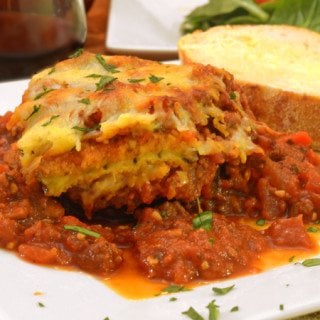