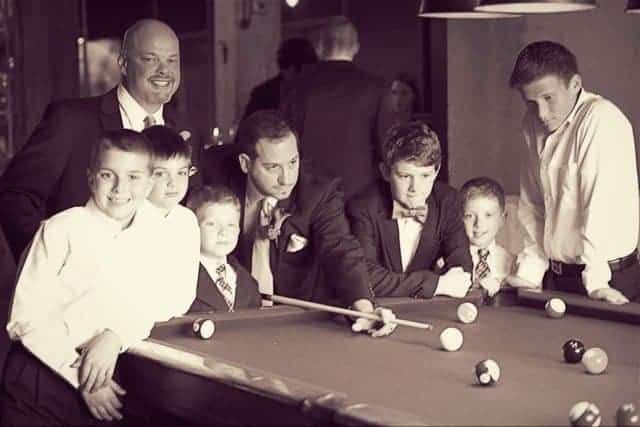 Dan and Scott from Platter Talk are a couple of dads with a whole lot of boys and one rambunctious and often sassy chihuahua named Buddy Guy.
We eat a lot, and our boys eat a lot.  It seems someone is constantly cooking in our household. To our delight, the boys are catching on to the whole kitchen thing and have assisted and contributed to many of the posts here on Platter Talk.

From an early age, Dan has been interested in three things: Writing, photography, and cooking.

When he started Platter Talk in the winter of 2013, he found this fun hobby to be a perfect marriage of those three passions.

Drawing upon his early days of story writing, taking snaps with an old camera his mom had found in a cupboard above the oven in their farmhouse, and the cooking endeavors of his Mennonite heritage, he uses all of these components of his early development and puts them into this food site.

Drawing upon his early days of story writing, taking snaps with an old camera his mom had found in a cupboard above the oven in their farmhouse, and the cooking endeavors of his Mennonite heritage, he uses all of these components of his early development and puts them into this food site.

Scott grew up in inner-city Detroit, the youngest of seven kids raised by a single mom. Resources were scarce for this close family, but ingenuity and creativity were abundant.

Scott carries those traits over into his adult life and in the kitchen, and that has translated into some of the most popular recipes on Platter Talk and even on Internet search engines such as Google.

Heavily influenced in the kitchen by his Polish heritage, he brings many family recipes to Platter Talk that have been passed down to him from many prior generations.  Scott works as an insurance broker and manager during the day and at night, he likes to take on remodeling projects such as basements and bathrooms.
Scott is also a multi-year recipient of the Dad of the Year award from those who matter most, his sons, who for obvious reasons, have been dubbed "The Platter Talk Kids."

Most weekends, find the Platter Talk clan at their little retreat, a small cottage on a small lake in the middle of Nowhere, Wisconsin.  Dan and Scott's ovens are often on there and at their house in town, and their burners usually fired up.

Chef Kat from Platter Talk has spent many years in the food industry. In addition to a degree in commercial art, Chef Kat trained at the world-renown Culinary Institute of America in Hyde Park, NY, and has cooked for British royalty and served as a personal chef to some of the most iconic American figures of our generation.

With this site, we would like to celebrate food and showcase its prevalence in our lifestyles, cultures, and livelihoods.  Your ideas, suggestions, and comments are always welcome; please jump in, and let's share some platter talk!

Thank you for taking the time to read Platter Talk Food and Recipe Blog. It's our passion, and your readership means the world to us. 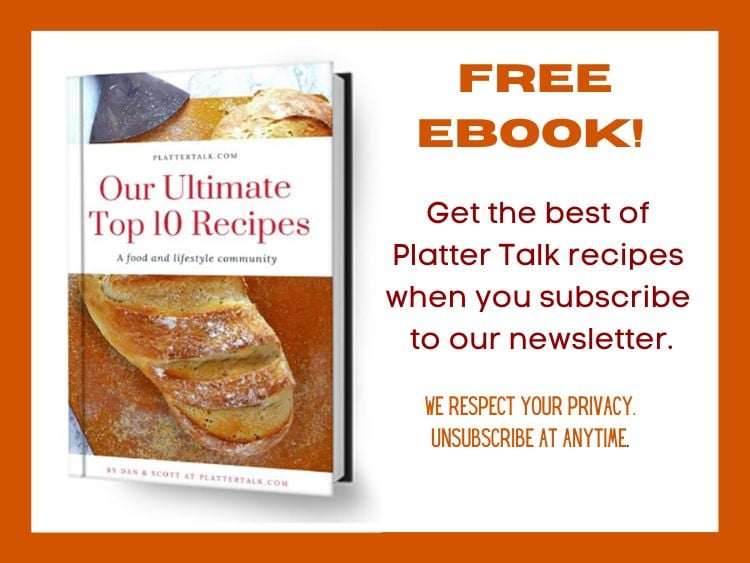