Baked eggplant with basil marinara is one of our many healthy eggplant recipes. 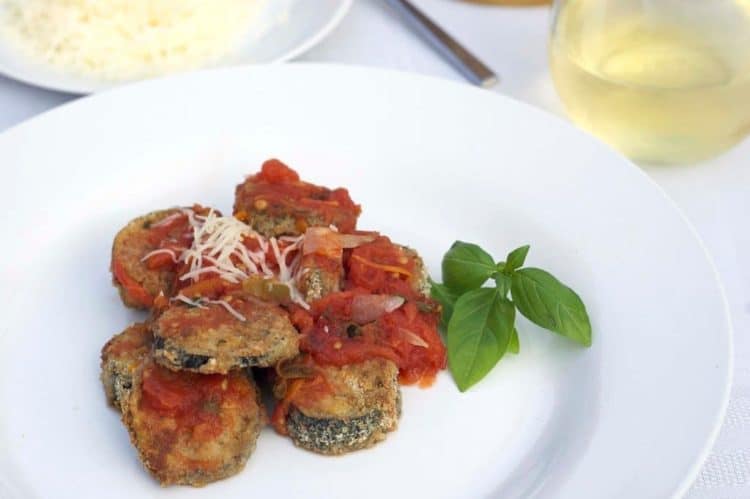 Here in the mid-west August is not just the pinnacle of summer, it is  also the season of freshness.  Our gardens are maturing, the farmer's market are in their full glory, and road-side stands are featuring their own wares, fresh from the fields.  I love to cook throughout the year but the reasons I just cited make late summer one of my favorite times of the year to heat the kitchen up. 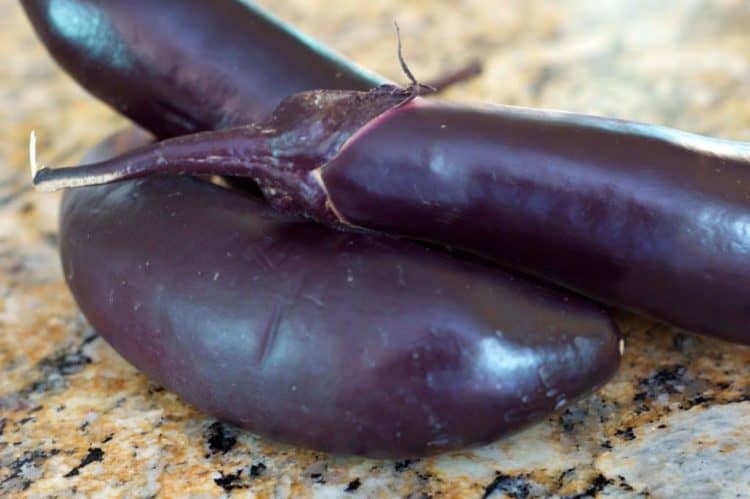 You may recall that with a previous post , I mentioned discovering the bounties of a local produce farm, Oakridge Farms, just two short miles from our home in Neenah, Wisconsin.  While I was picking up some tomatoes for that  post, I was captivated by the bins of other freshly picked goods:  cucumbers, melons, beets, onions, garlic, and eggplant.

The eggplant in particular caught my eyes, for a couple of reasons.  First of all, these fresh eggplant were different in appearance from what I normally see in the grocery store.  They are shaped more like a zucchini, thinner and maybe a bit longer than the store bought ones.  Second, my colleague Paula had mentioned a tasty dish she had recently whipped up for her husband which used eggplant.  When this lady mentions food, I listen intently.  She knows her way around a kitchen.  I learned this first hand back in March when she and her family welcomed me over to their home while they put together some homemade and authentic Polish sausage  which subsequently became a post here on Platter Talk. 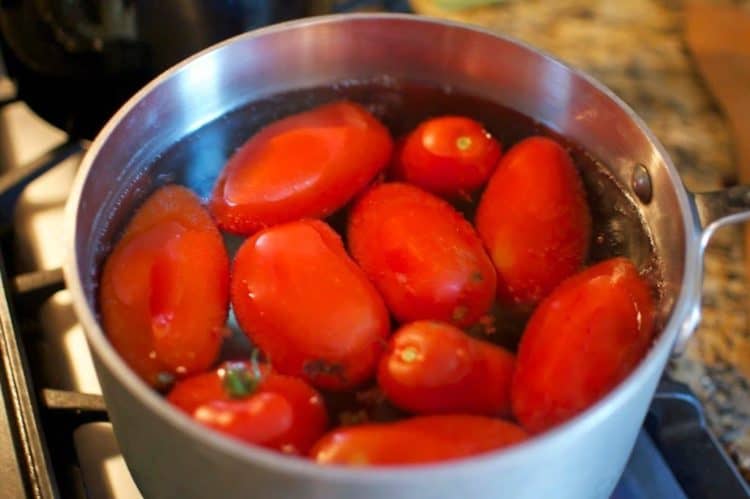 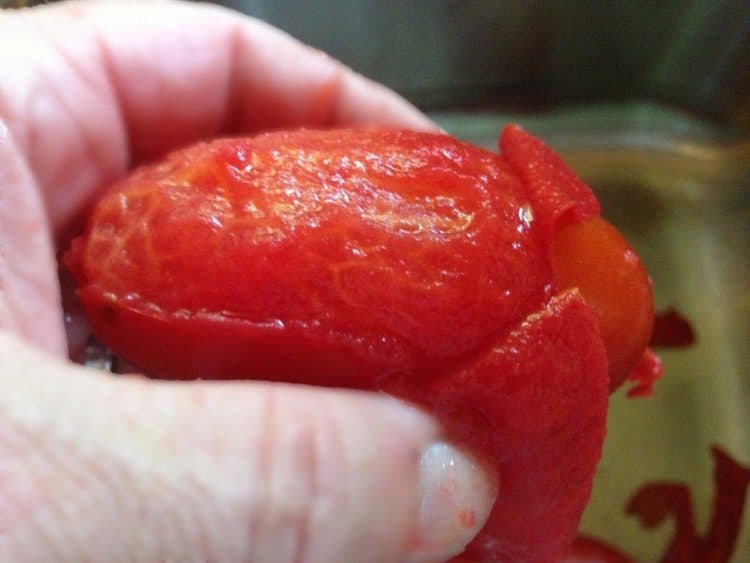 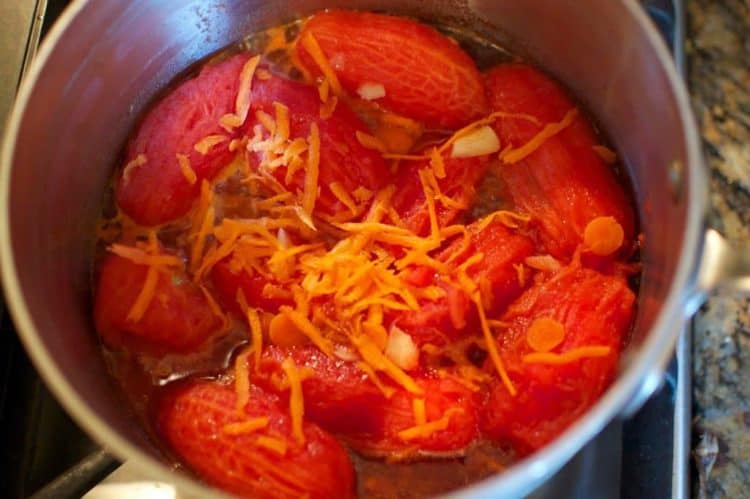 With an idea from a tried and true culinary friend and some exquisite produce from the local produce farm of Oakridge Farms, I set out into some unknown territory. 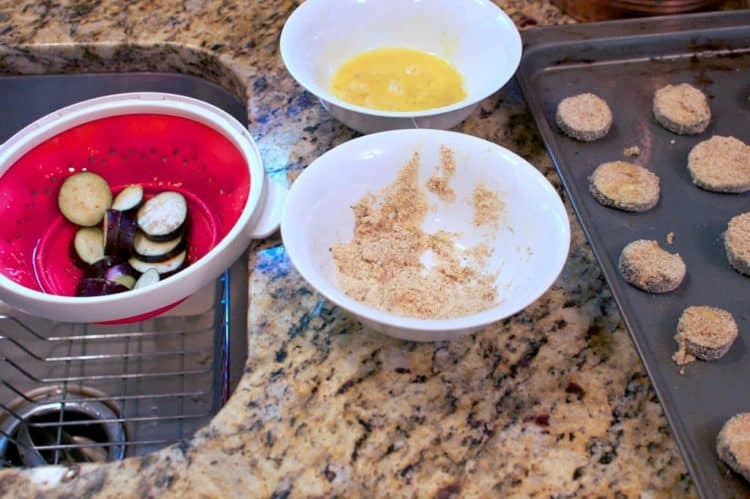 I've made a conventional Eggplant Parmesan several times.  It's always a special dish, something we don't have every day.  The recipe that I embarked upon with this  post has similar characteristics to Eggplant Parmesan but obvious and distinct differences as well.  Namely, it's not baked as one unit.  Instead the eggplant is prepared separately, in the oven.  Additionally,  a sauce or marinara is ladled atop the baked eggplant, almost what you would do with a traditional spaghetti dinner. 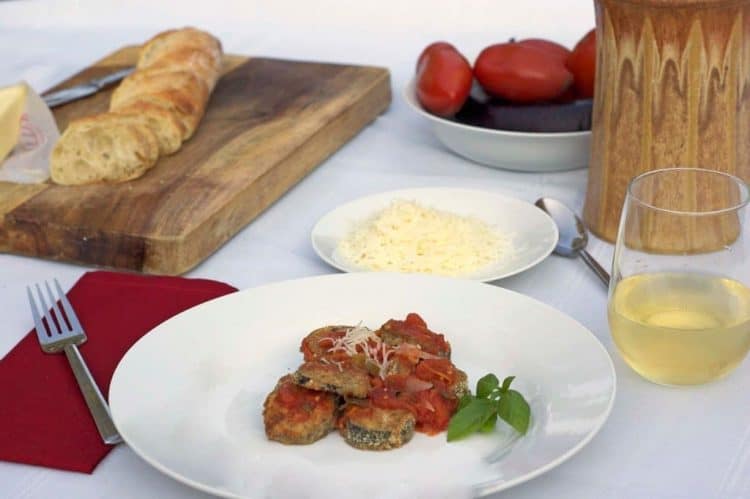 If you are disinclined in making the marinara, you can easily use your favorite commercially prepared sauce.  As long as as there are fresh tomatoes (and even in the absence of such) it would be very contrary to myself to not throw together my own fresh sauce.  It's truly easy.  I: can flavor it to my individual preference and with fresh ingredients I know there are no chemicals or preservatives disguising themselves as healthy options. 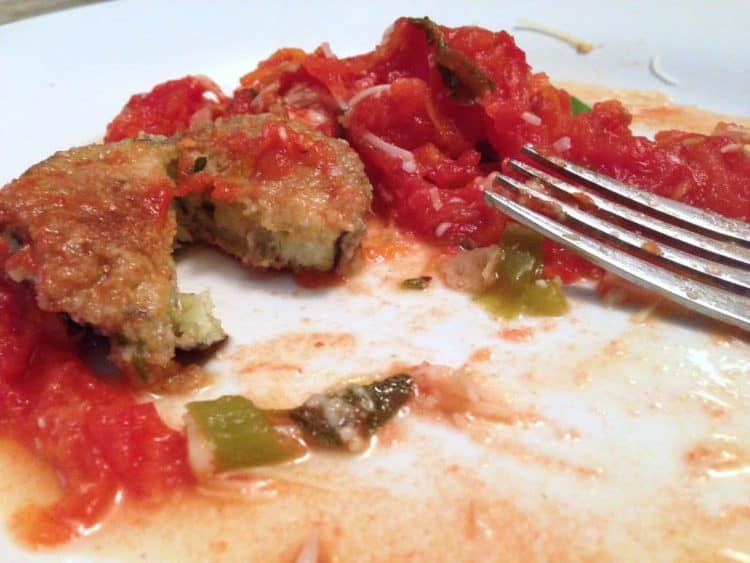 I threw this together and was a bit surprised.  I did not expect it to be as delicious as it turned out.  The eggplant was near crispy, yet maintained a pleasing and distinct flavor of  freshness.  The  marinara is different each time I make it.  In retrospect, with the plump, meaty, and succulent farm-fresh Roma tomatoes, it was all but guaranteed to be a winner of a sauce.  Perhaps the best indication though came from Scott.  His palate is fine  and although  he conceded his expectations were not high, he named  this as one of the best-tasting dishes I've ever made for him.  It's simple.  It's fresh.  It's healthy.  You have to give this one a try! 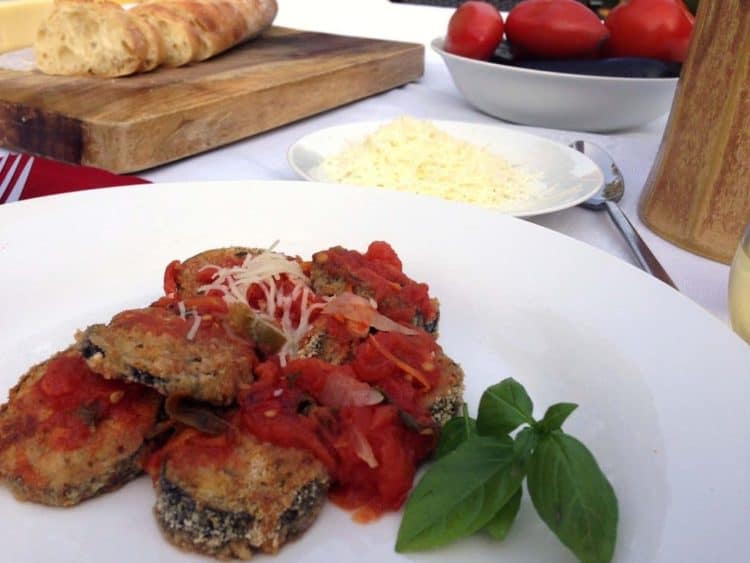 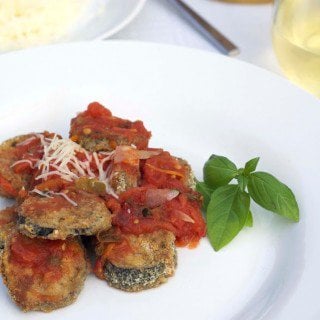 Experience and conventional wisdom tell us that any tomato based sauce will have a more developed flavor if allowed to slowly cook over several hours, or perhaps is prepared a day ahead and allowed to meld while sealed and stored in a refrigerator. I made this just a couple of hours before it was served and it was still wonderful. Marinara freezes well. Carefully sealed and stored in the freezer, your tomato sauce can add a taste of freshness well into the sub-zero days of winter. Use your imagination to flavor the sauce. If you are out of fresh herbs, don't be afraid to add some dried Italian seasoning or herbs from your spice cupboard.