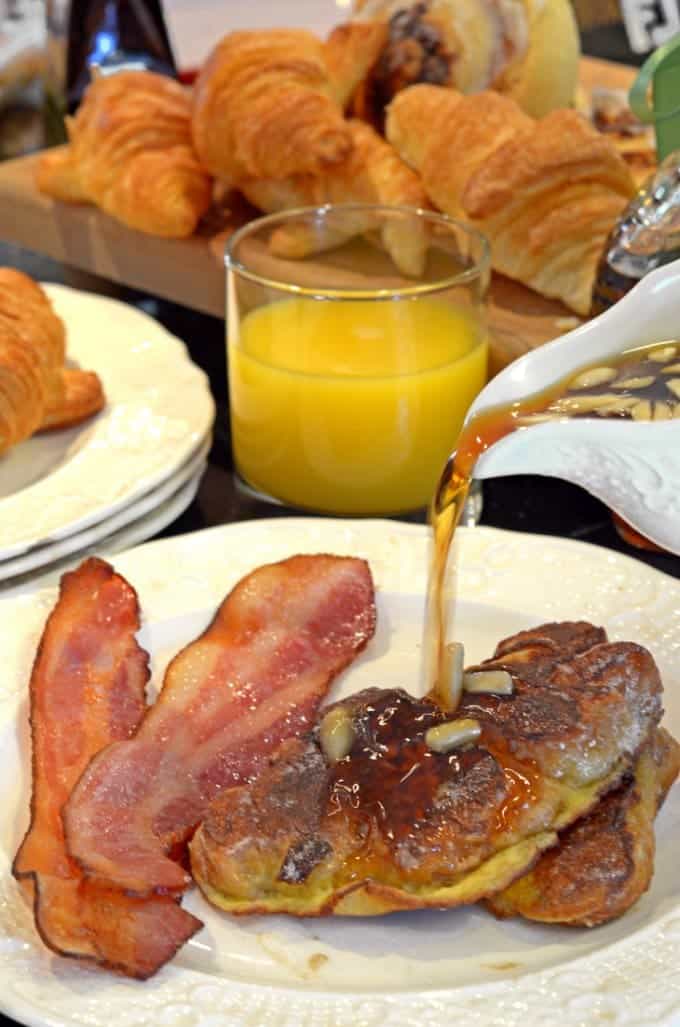 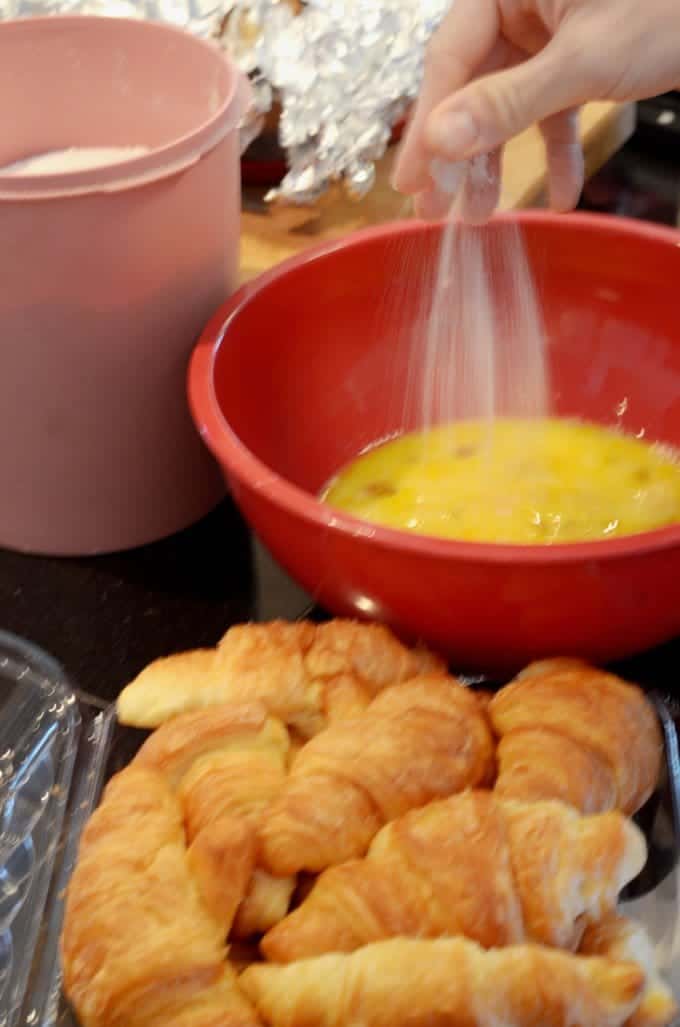 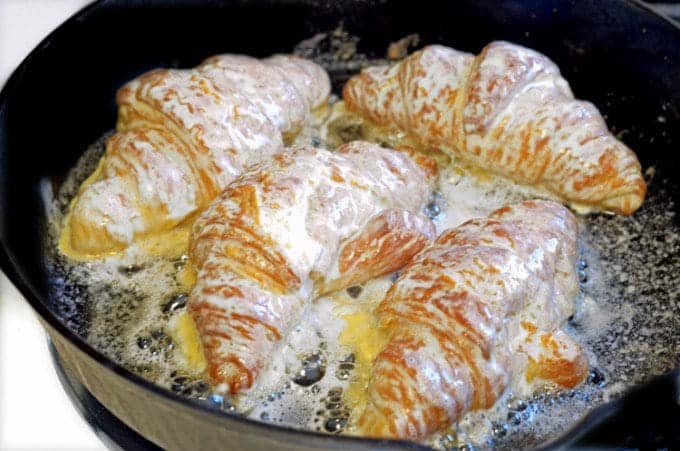 While we were at our cottage in the middle of Nowhere Wisconsin, over the long holiday weekend, I played around with the idea of this recipe.  I decided that I would try different things.  Instead of using milk, I would use the heavy whipping cream that we had left over from Christmas.  Also, a good friend of ours gave us a wonderful bottle of maple syrup as a gift.  I knew that was going to be included.  By thinking outside of the loaf, average french toast was elevated to Almond Croissant French Toast. 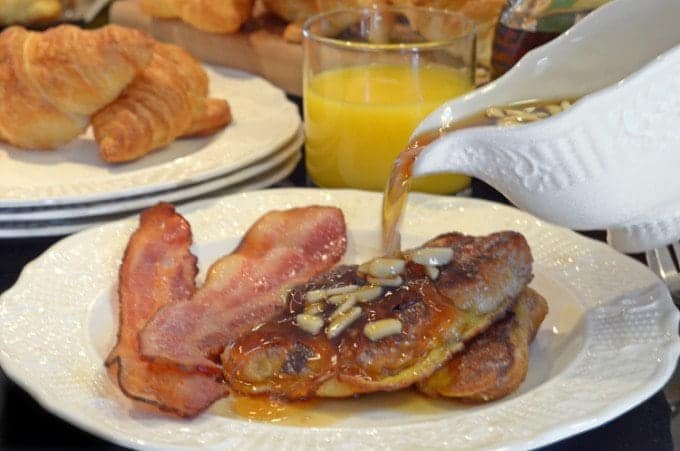 Well let me tell you, french toast is no longer the red haired step child in our family.  It has now taken center stage.  Every one of the kids, including Dan, asked for seconds and thirds.  This will now be the only way that I prepare french toast for my family.  Do yourself and favor and make this one weekend for your family.  I know that they will be asking for seconds and thirds as well.  Enjoy.  -Scott 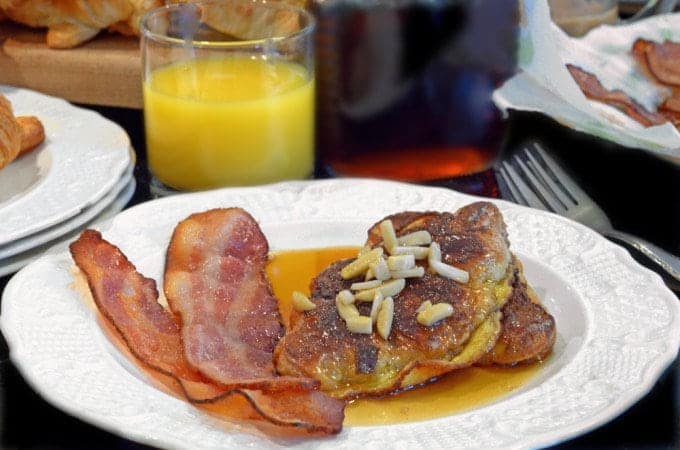