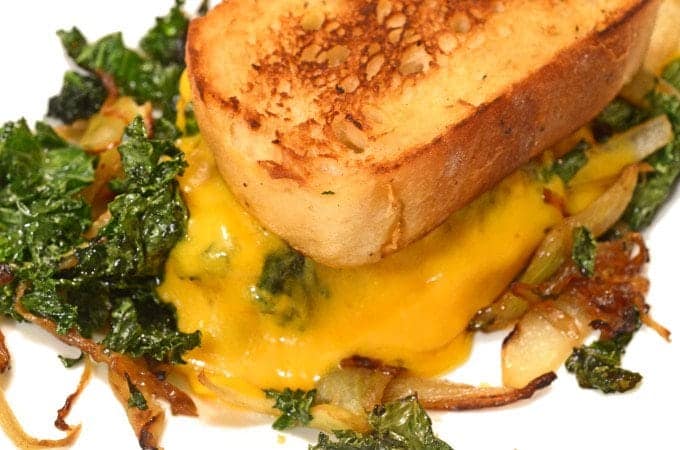 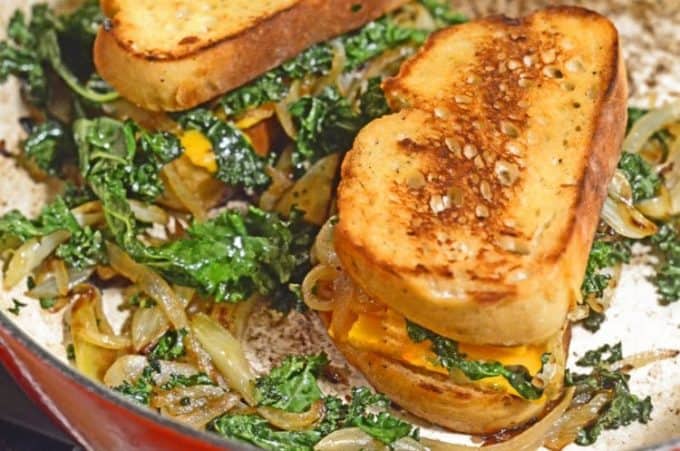 We've used kale a few times in the past. Once again while using a healthy and readily available component such as kale that we don't feature frequently, we had to ask ourselves why do we not use this more often? In  the event you aren't familiar with kale, it is one of those dark, green and leafy vegetables that we all learned about in health class. Kale is actually one of those super-foods, haled as some to be the "Queen of Greens," and the "New Beef," it is without any question at all a nutritionally-packed powerhouse of a vegetable.

This Caramelized Fennel, Onion & Kale Toasted Cheese Sandwich Recipe is a veritable meal, unto it's own. Packed with savory, caramelized vegetables, super-healthy kale, and extra-sharp cheddar cheese, we chose to hold this all together between two skillet-toasted slices of Asaiago artisan bread. 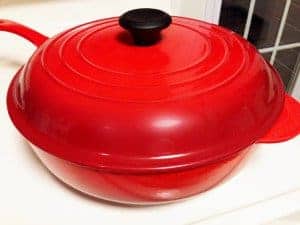 Besides being a completely delicious and nutritionally sound meal, with this Caramelized Fennel, Onion & Kale Toasted Cheese Sandwich Recipe  I was able to use my new Dutch oven-style enamel-based skillet who I have affectionately named William (in honor of his place of birth, William -Sonoma.) It's one of the best Christmas gifts I've ever received from myself.

Amaze yourself, your husband, your wife, your boyfriend, girlfriend, neighbor, friend or lover. Few people would believe that a toasted cheese sandwich is capable of rising to such a level. This Caramelized Fennel, Onion & Kale Toasted Cheese Sandwich Recipe will effectively and deliciously prove the   point with only one question asked, "How did you make this?!"  Enjoy.  -Dan 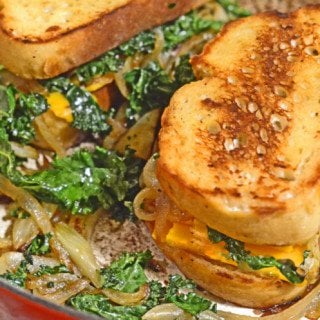