Cinnamon Roll Breakfast Egg Bake - Our kids love cinnamon rolls and who can blame them?  The only thing as a parent is that it truly is not that nutritious of a meal all on its own.  So I decided to play around a little in the kitchen and what came out is this delicious family breakfast idea. 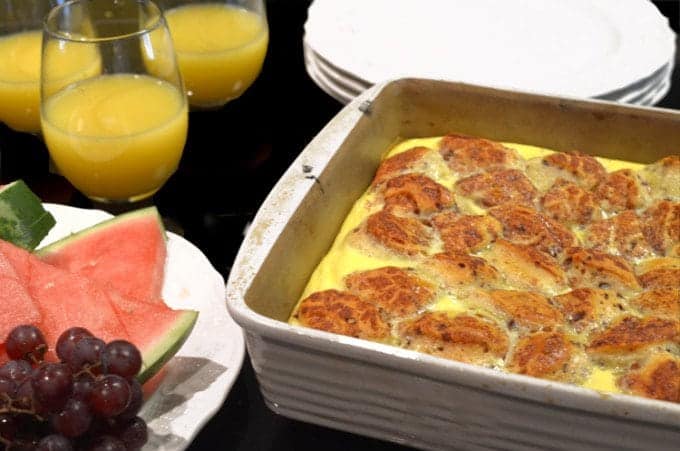 The last thing that I want to do on a Sunday morning is to spend hours in the kitchen to make breakfast.  Honestly, I would much rather be on the couch with a cup of coffee watching my favorite Sunday morning show.  So I took the liberty of using a shortcut for this last Sunday's breakfast, a can of cinnamon rolls.

By cutting the cinnamon rolls in quarters and allowing them to rise for about an hour, I had the perfect base for our easy Cinnamon Roll Breakfast Egg Base.  The eggs added the protein that the kids need to keep them satisfied until lunch. 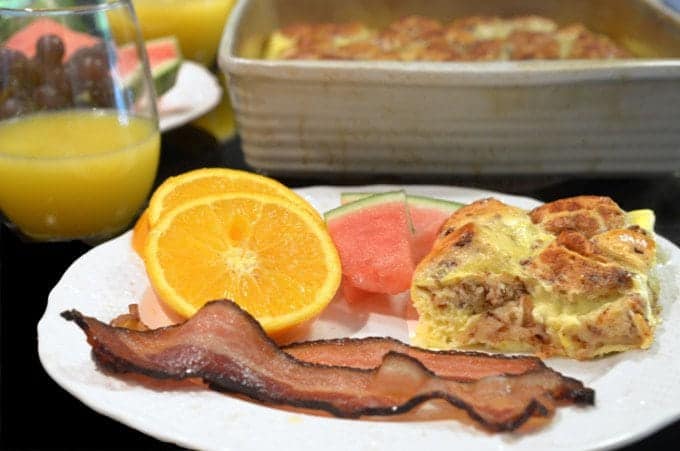 The other nice thing about this recipe is that I didn't have to worry about adding any additional sugar or any other type of flavorings.  That was all taken care of by the can of cinnamon rolls that I used.  This proved to make my Cinnamon Roll Breakfast Egg Bake a foolproof, easy breakfast for anyone to make.

So whether you make this for your family for a Sunday breakfast, or take it to a Sunday Brunch pot luck, the outcome is the same, delicious.  Think about it, you may even have time for that second cup of coffee and your favorite Sunday show.

I know that you and your family will enjoy this easy cinnamon roll breakfast casserole .  -Scott 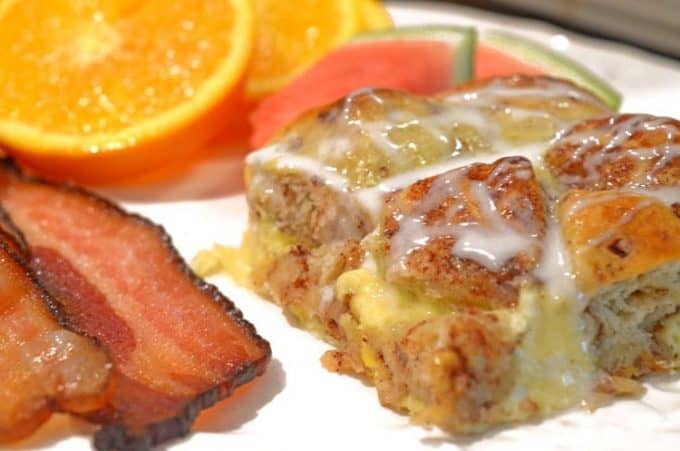 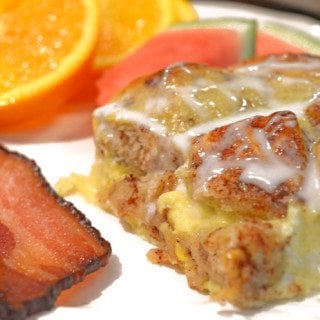