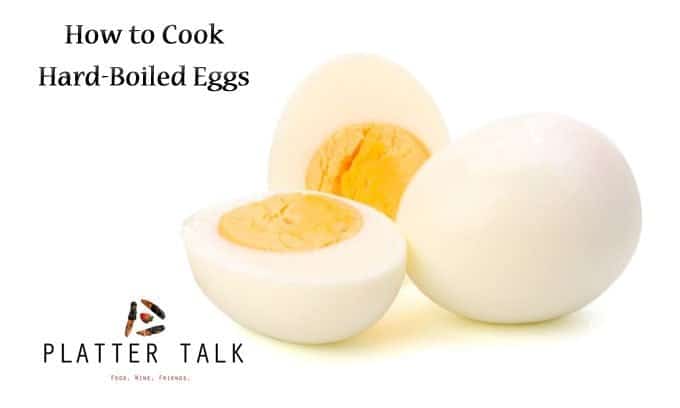 Learn how to make hard-boiled eggs the right way!

How to Cook Hard-Boiled Eggs is one of the most common questions we get here on Platter Talk. Thinking that most people know how to cook a hard boiled egg is an assumption that we all too often make in error. Although many of us think that we know how to do this seemingly simple cooking task, it is common to cook a hard-boiled egg poorly without even realizing it. 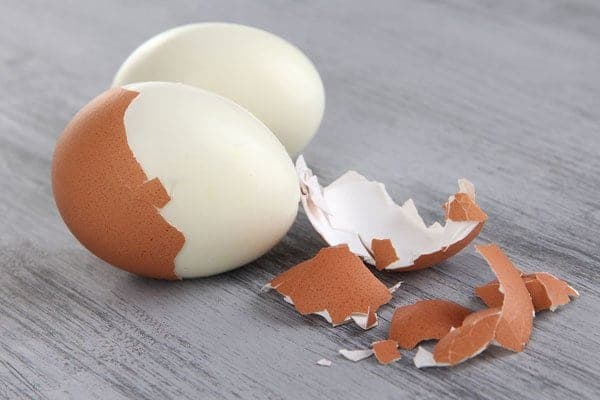 Why are some hard-boiled eggs easier to peel than others? Read on!

How to Cook Hard-Boiled Eggs

Throwing some eggs in boiling water and sort of forgetting about the time is easy. That’s because a hard-boiled egg will look pretty much the same on the outside if it cooks for 10 minutes or for 30 minues.  Just like people, it’s what’s inside the shell that tells the true tale. 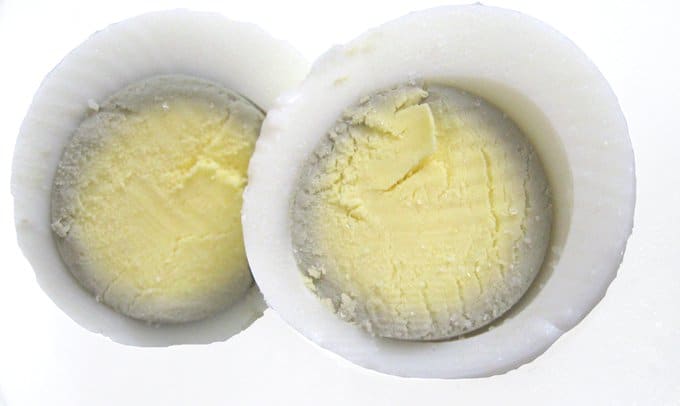 When over-cooked, hard-boiled eggs have a gray-green rim around the yoke.

An overcooked egg is tough and the yolk will be dense and hard. The white can emit an unpleasant odor, leading one to question the freshness of the egg. The deeper the rim, the more overcooked the egg.

Today, you’re going to learn how to cook Hard-Boiled Eggs
and get the BEST results! 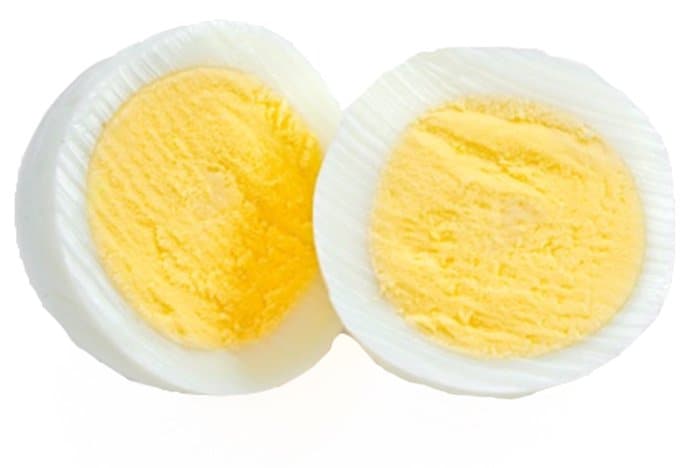 When cooked properly, hard-boiled eggs have an even-colored yoke, not soft yet not overly dense.

A hen’s body temp is about 105℉.  Why do you need to know that? Because it will help you to understand why peeling a hard boiled egg is sometimes difficult and sometimes a breeze. 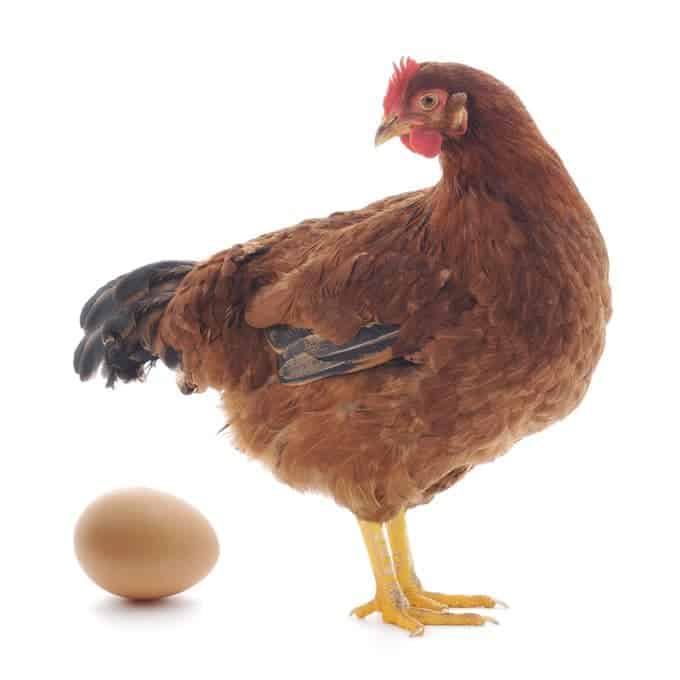 When it comes to hard-boiled eggs, the chicken most certainly came first.

When an egg is first laid, there is a membrane-lined shell with an egg sack inside, which is contained by it’s own membrane. They’re almost the same size except for a very small air cell inside separating the two membranes.  As the freshly laid egg cools down to room temperature, the liquid inside the egg sack contracts and pulls away from the shell, separating the two membranes.

As the egg further ages, carbon dioxide and moisture from the liquid escape through the porous shell. Air passes to the inside of the shell, adding more space between the inner and outer membrane. This is the reason why it’s so difficult to peel a fresh egg when hard boiled. There isn’t enough air between the two membranes of the egg sack and shell. When you try to peel the shell from the egg, the white sticks to the shell like glue. One can end up throwing a good portion of the white out that is adhered to the shell. 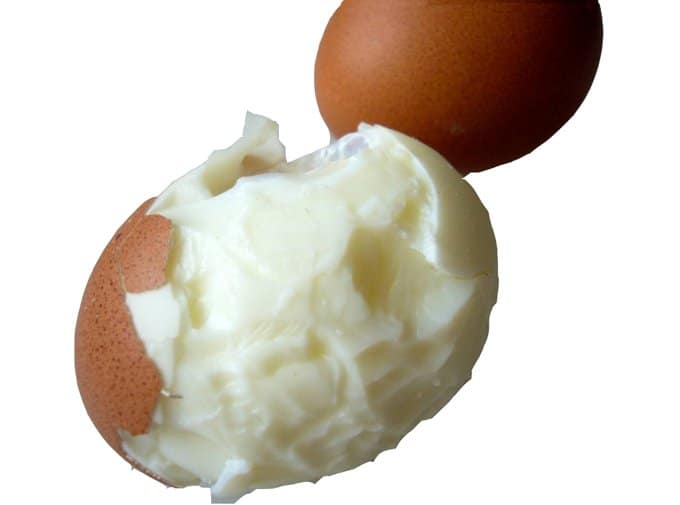 Who wants to prepare a pickled or deviled egg that looks like it was hit by a train?

To avoid this dilemma, use eggs that have been stored in your fridge a week to 10 days. This will insure that an ample air pocket and membrane separation has occurred, allowing for a smooth peeling process.

Want some uniform, centered yolk eggs? About 24 hours before cooking your hard-boiled eggs, open up the carton and flip the small end up so it’s facing the top. Place carton back in fridge. This helps the yolk center before cooking. With this step, when you slice your cooked and peeled egg in half (for deviled eggs, perhaps) you should have a beautifully uniform, bulls eye and centered yolk. 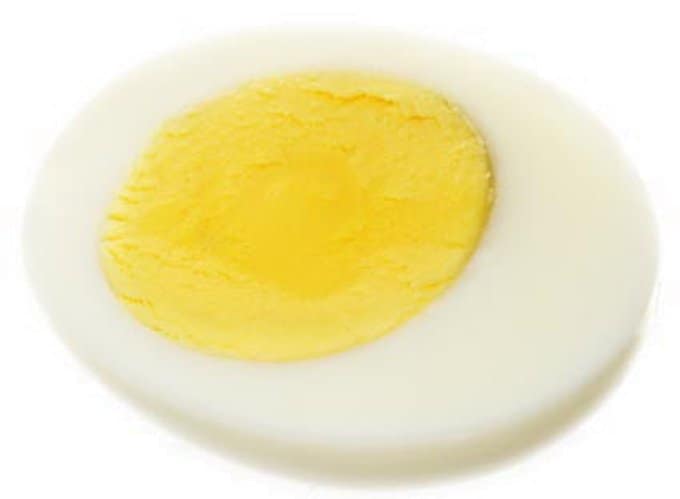 A centrally-placed yolk with an even and uniform color and texture makes for a perfectly hard-boiled egg.

Now for the actual cooking:

This is pretty easy too. One just needs to pay attention to the TIME and TEMP. No, you don’t have to get your Taylor thermometer out. You only need to be able to read the clock or set a timer

To peel, pull an egg from the water and gently tap it against you kitchen counter in 3 or 4 places, rotating as you do so. Once this is done, the shell should come right off. If you place the shelled egg back in the water bath it will help eliminate any small pieces of shell that might still be stuck to the egg. 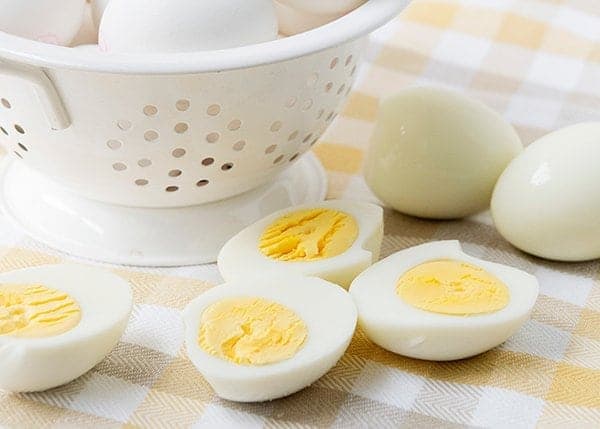 Follow these easy steps from Platter Talk and make the BEST hard-boiled eggs.

Hard-boiled eggs may be kept refrigerated for up to a week. You can keep them in the shell and peel as needed or you may place peeled eggs in a container and cover with water. If you are storing the eggs in water, keep them tightly covered, changing the water daily.

Sometimes hard-boiled eggs end up in the same container as raw eggs. How to tell the difference? A hard-boiled egg, when placed on a flat surface on its side, will spin longer then a raw egg. 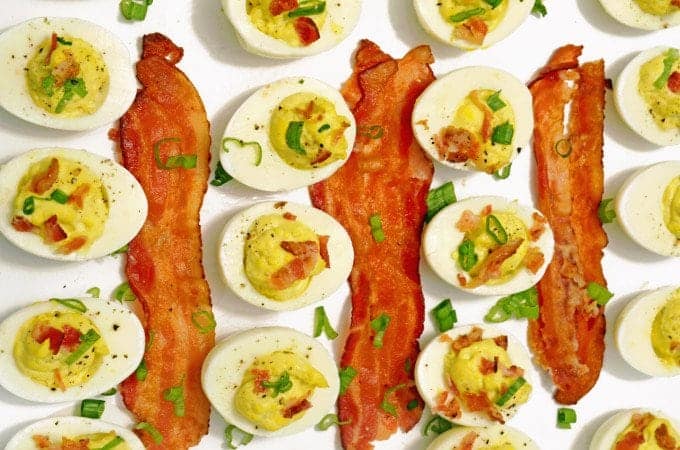 We love our Eggs, almost any way here on Platter Talk!

« How to Choose a Juicy Lemon or Lime
All About Pumpkins »