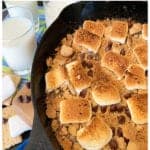 My dad mentioned that he wanted some brownies, so I looked in the pantry and saw graham crackers and marshmallows. Then,  I thought what if I could make a version of smores in the comfort of our little cottages kitchen. Just like that these Smore Brownies were born.  -Our son Nate, one of the Platter Talk Kids 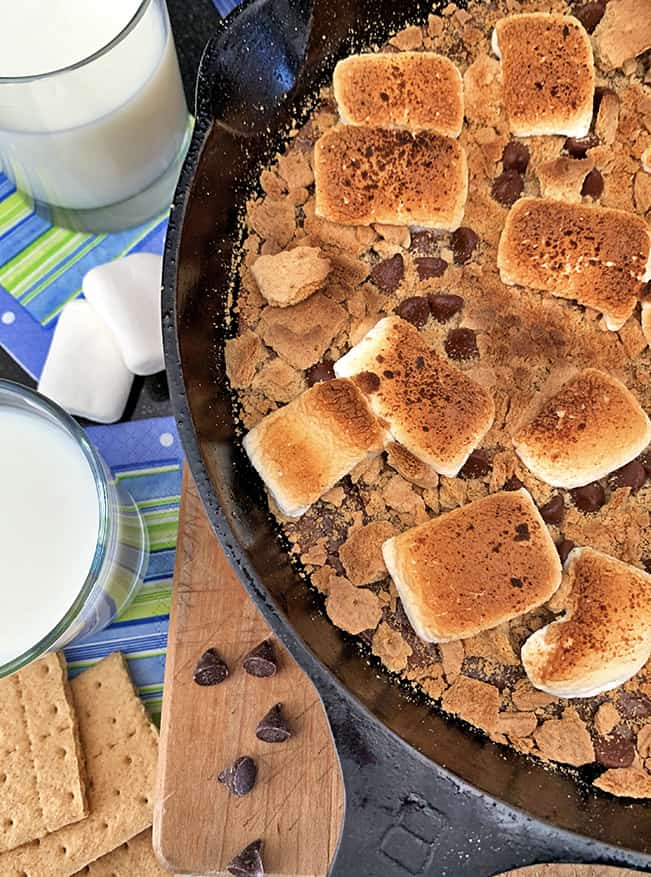 These oven s'mores are a fun and easy dessert.

Our kids have been cooking for a long time already and at the ripe old age of 13, our twin boys Nate and Asher often come up with their own recipe ideas. 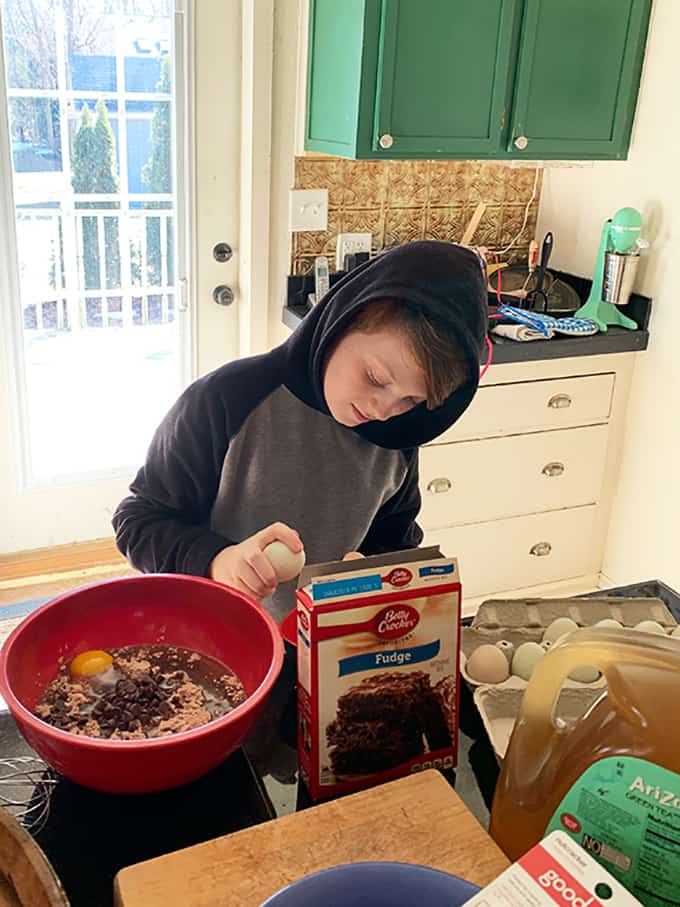 Nate, one of the Platter Talk Kids, is growing into a real kitchen talent. 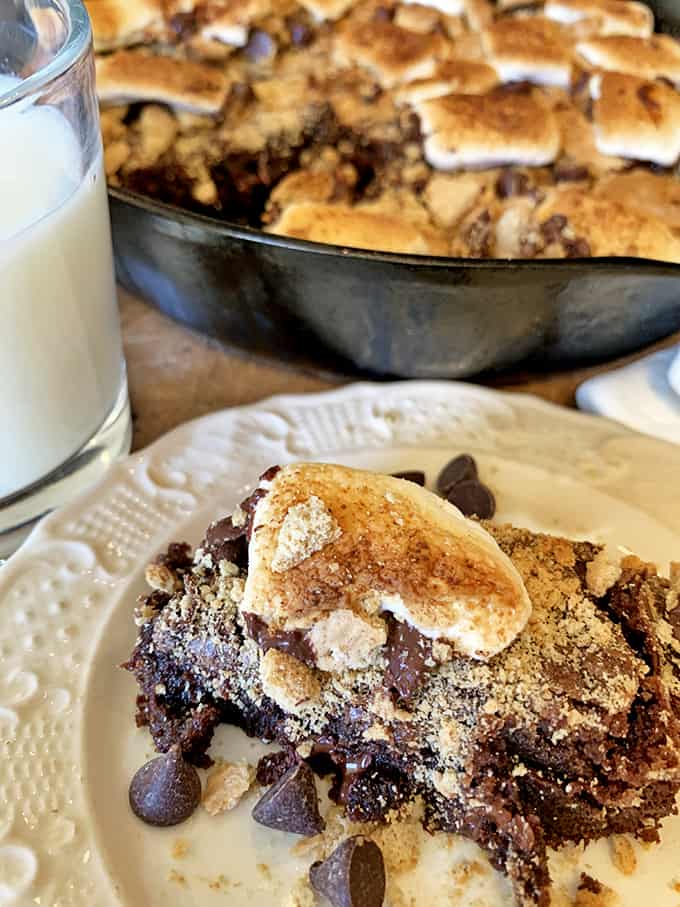 These s'more brownies come from a recipe using a packaged brownie mix.

It's fun to use cake and brownie box mixes to create your own dessert, just like our Boston Cream Cake Recipe, another cottage creation! 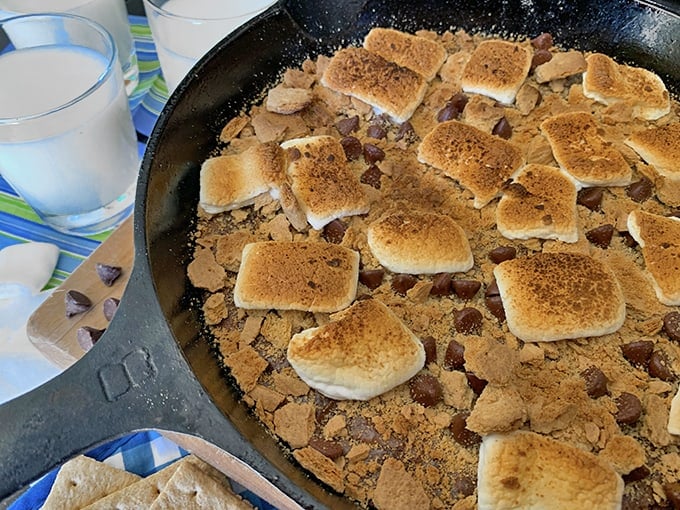 These smore brownies are a fun s'mores idea using a brownie recipe from a box!

How To Make these S'mores Recipe

Our Other S'mores Recipes 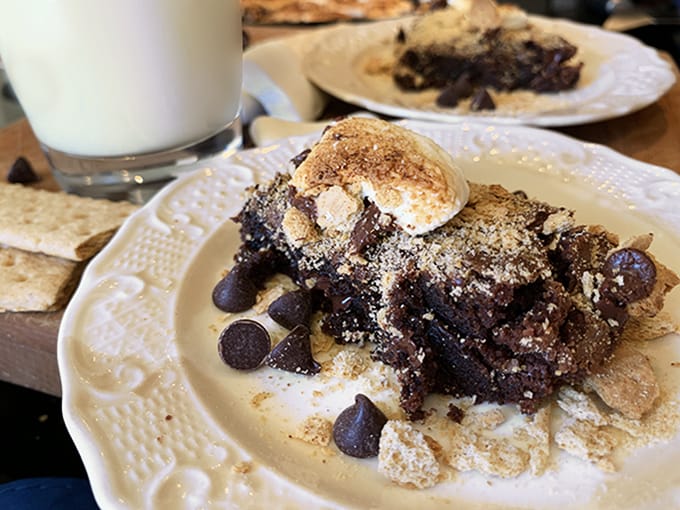 Once the s'more brownies are completely cool, it's eating time!

This easy kids recipe for s'mores brownies is a great bake sale idea as well. The boys are already putting them on their menu for the summer farmers market that will be coming soon! 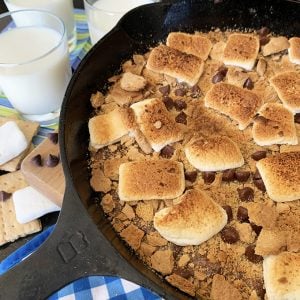