It’s only a few days away until Super Bowl Sunday and many of us will be hosting or attending a gathering where a pigskin being fought over between the Seattle Seahawks and the Denver Broncos will be the main attraction.  Our beloved Green Bay Packers gave it a worthy attempt to be at MetLife Stadium on Sunday and eventhough the green and gold wont be on the turf, this delcious appetizer which is largely indigenous to Packer country, will make a great contribution to any Super Bowl party. 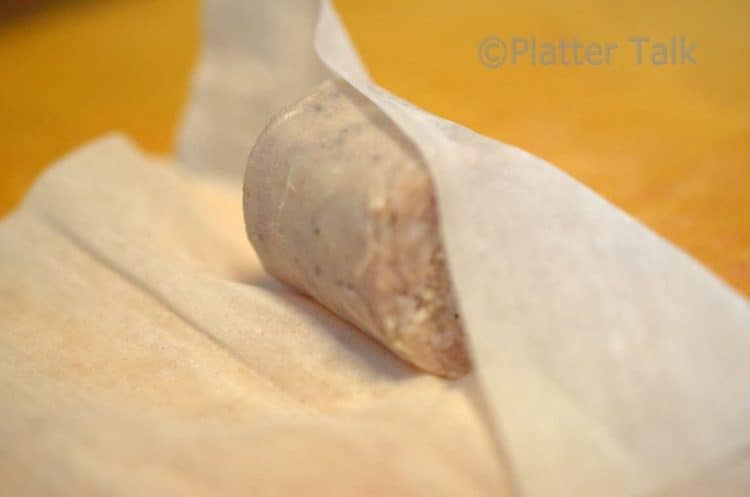 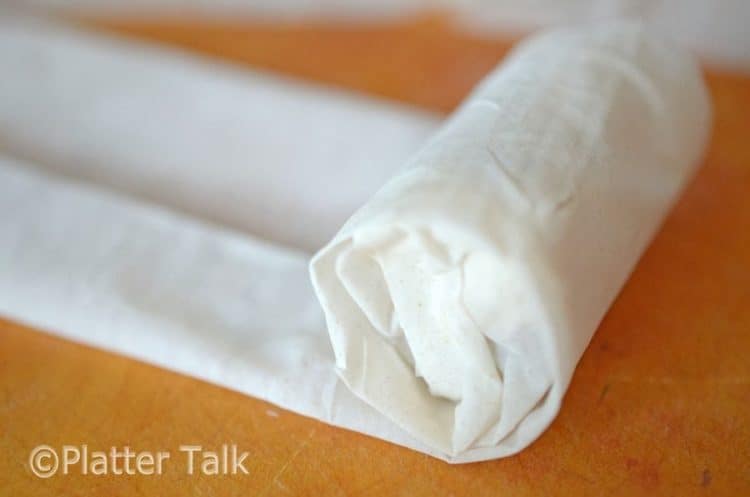 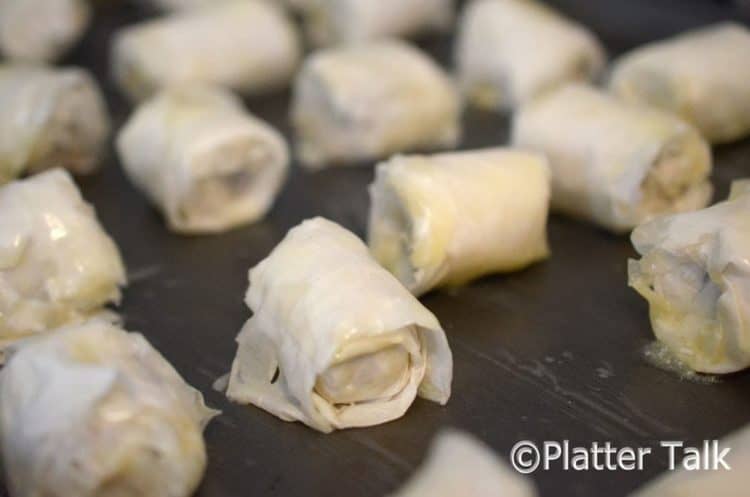 Here in Wisconsin, bratwurst (affectionally referred to simply as a brat,) is as much of our state’s heritage and culture as are our beloved Green Bay Packers.  Indeed, from the tiny rural crossroads of Johnsonville emerged the company that bears its name.  It was there that Ralph Stayer, a local butcher, along with his wife Alice, started selling their brats and other meats.   From that little butcher shop grew the largest sausge company in the United States and according to some, the largest in the world. 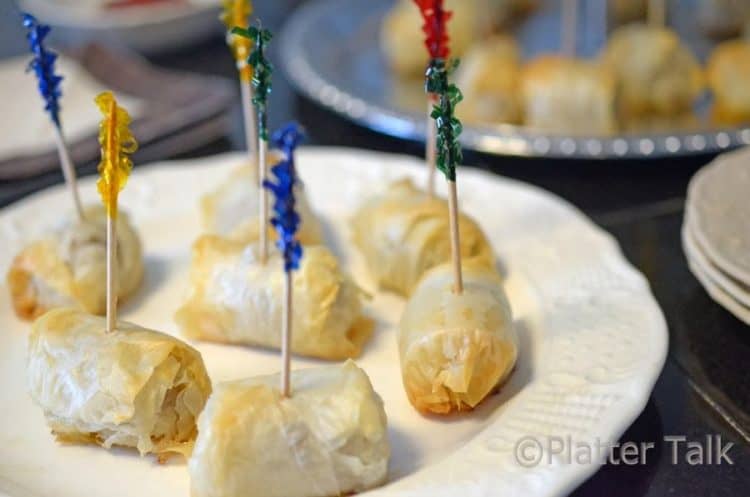 Like any good Wiscosnin household, brats are always in our freezer if not our meat drawer.  It was on a cold winter day, at our little cottage – just a few miles from Johnsonville, that I pulled out a package of the state’s most revered grill fare. 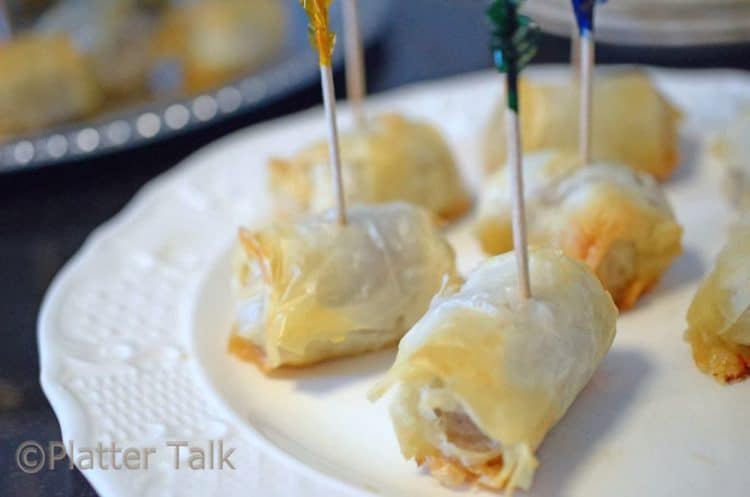 With outside temps hovering in the single digits, there were going to be no grills lit on our deck that day.  I’m not sure what got into me.  Maybe it was the frigid weather, or maybe it was some leftover phyllo dough from the spanakopita I had recently put together. 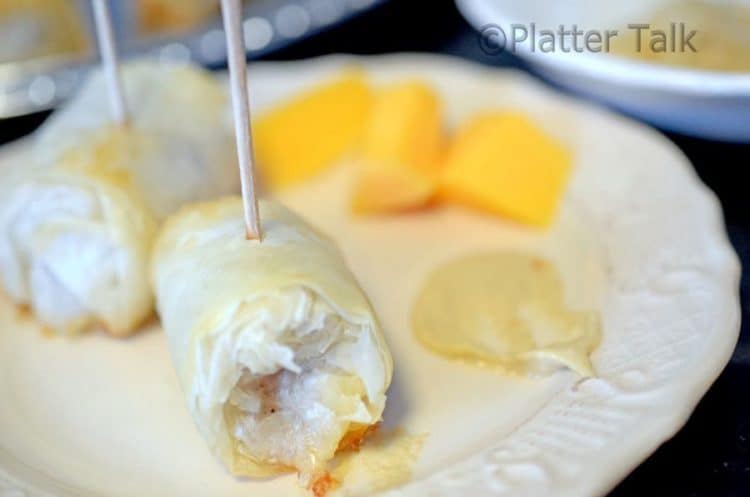 Whatever the inspiration, the remaining phyllo dough came out of its package and onto the cutting board went the brats.   Before I knew it, I was rolling the brats into the dough and into the oven they went. 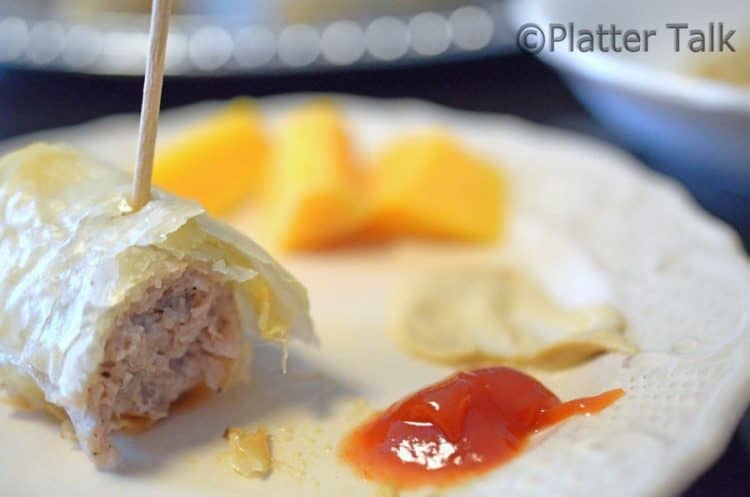 These brat bites turned out even better than what I had imagined.  After giving it some thought though, I had to ask myself how they could not taste wonderful?  Juicy and flavorful bratwurst sausage enveloped and then baked inside the light and crispy wrap of a phyllo sheet.  That, my friends, is a bite-sized taste of Wisconsin. 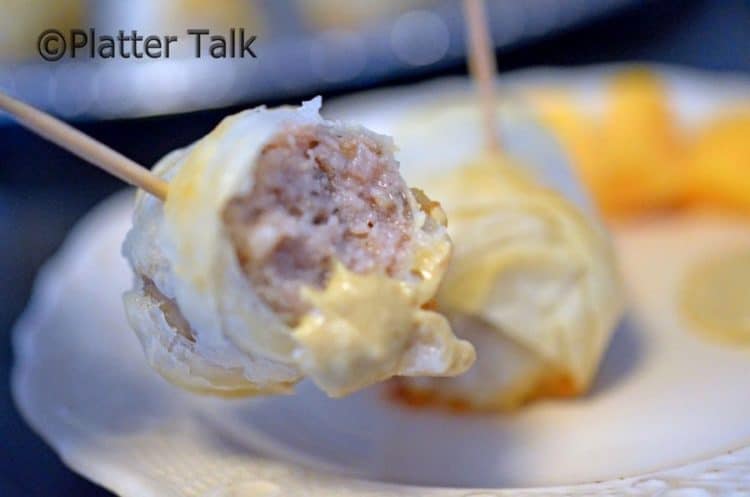 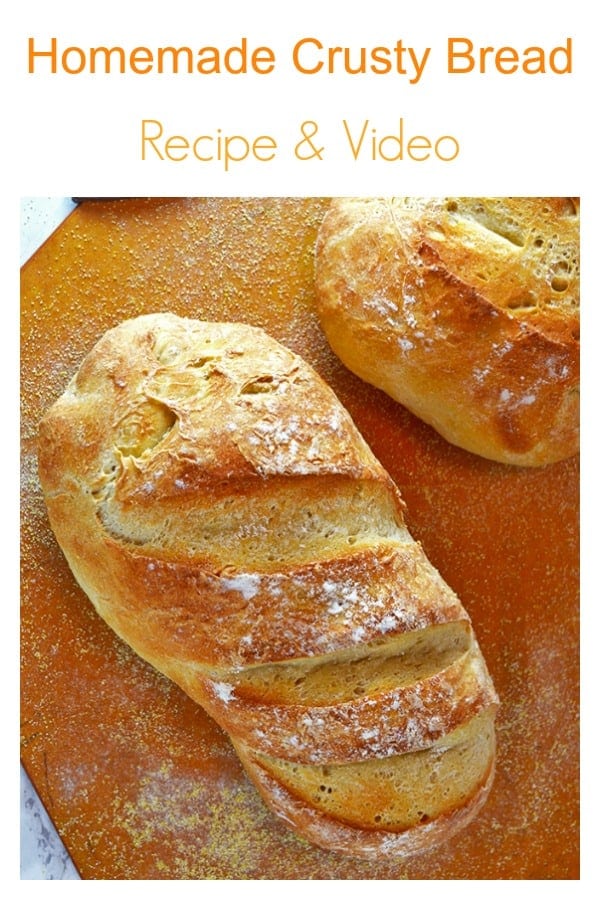 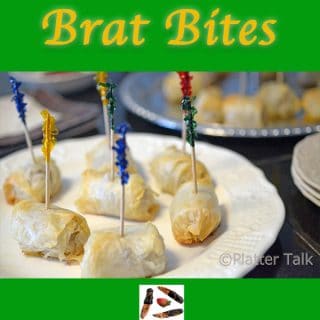 Serve with ketchup and Dijon mustard.