Easy Like Sunday Morning Cinnamon Rolls - I have to confess.  I am not a baker.  However, I do love to bake.  I love to make simple baked goods.  That means that they either have to have minimal  ingredients that are just all dumped into a bowl and mixed together.

Or, the recipe has to be "Scott" proof, aka "fool" proof. 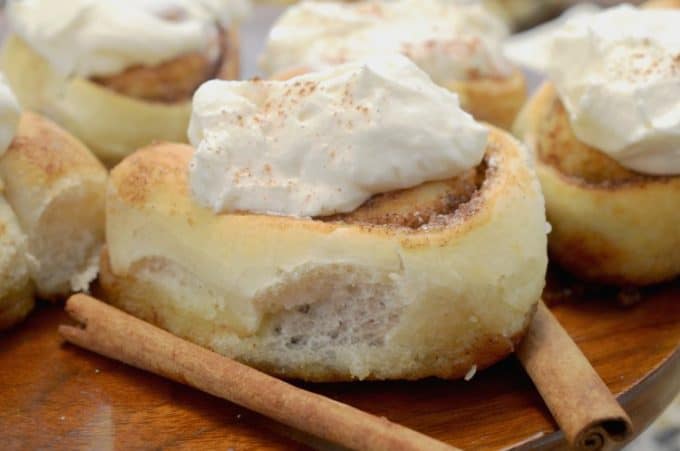 This past Sunday morning, I made something that fit the bill and my kids favorite, delicious cinnamon rolls.  There was no complicated dough recipe and best of all it goes together easily.  Thus, I bring to you a recipe for fool proof cinnamon rolls. Or, Easy Like Sunday Morning Cinnamon Rolls. 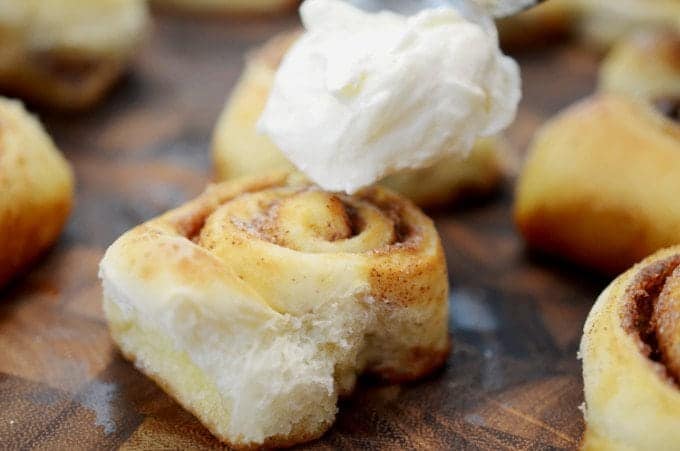 As you all know by now, I like to shop our pantry to make our meals.   I also like things to be delicious and simple.  Let's face it, who has time for complicated, confusing recipes?  To quote a very popular internet viral saying, "I ain't got time for that!"

So, I find ways to take shortcuts and make recipes less complicated.  A good example of this is frozen bread dough.  We have all walked past the frozen cases in the grocery store and seen these frozen tubes.  I love to use them for what their intended and make a fresh loaf of bread when I am making soup.

But, I also think outside of the box and use it as pizza dough, dough for dinner rolls, and yes, for these Easy Like Sunday Morning Cinnamon Rolls. 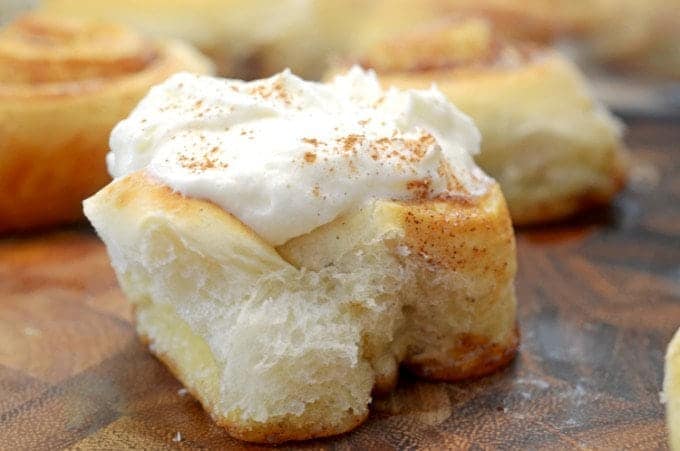 By using the frozen bread dough, it takes all of the guess work out of what type of yeast to use.

Or whether or not the dough will rise properly.  It allows you to have that extra cup of coffee and read the Sunday paper. 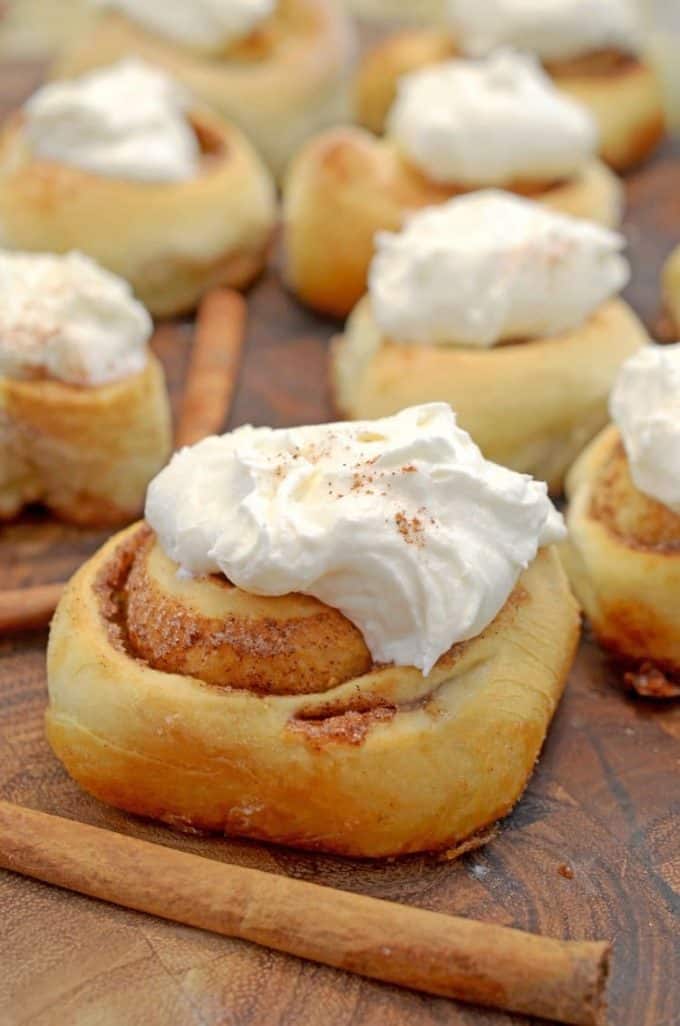 Because the dough is frozen, there is a little planning ahead involved.  It does take about 2 hours to thaw and rise in your oven the morning of.   Unless, you let the dough rise in your refrigerator the night before.

But, I am never that prepared.  Once the dough is ready,  you roll out the dough and add your cinnamon sugar and butter.  Then there is a second rising, which is about 30 minutes and another 30 minutes for baking in the oven.

However, your patience will be rewarded.  Trust me. 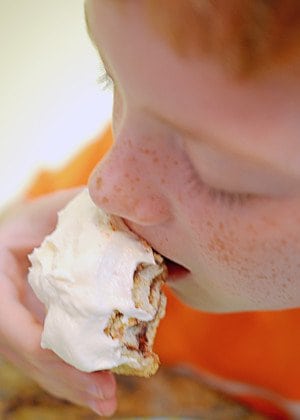 I add a little bit of cinnamon sugar on the bottom of the pan before I add my cinnamon rolls.  I do this to add a little more flavor and texture.  When you take a bite, there is a little crisp chewiness that cant be matched.

So I say, make your house smell incredible and treat your family to these easy, delicious cinnamon rolls.  They will think that you slaved.  But you and I will know that they were Easy like Sunday Morning!  Enjoy. -Scott 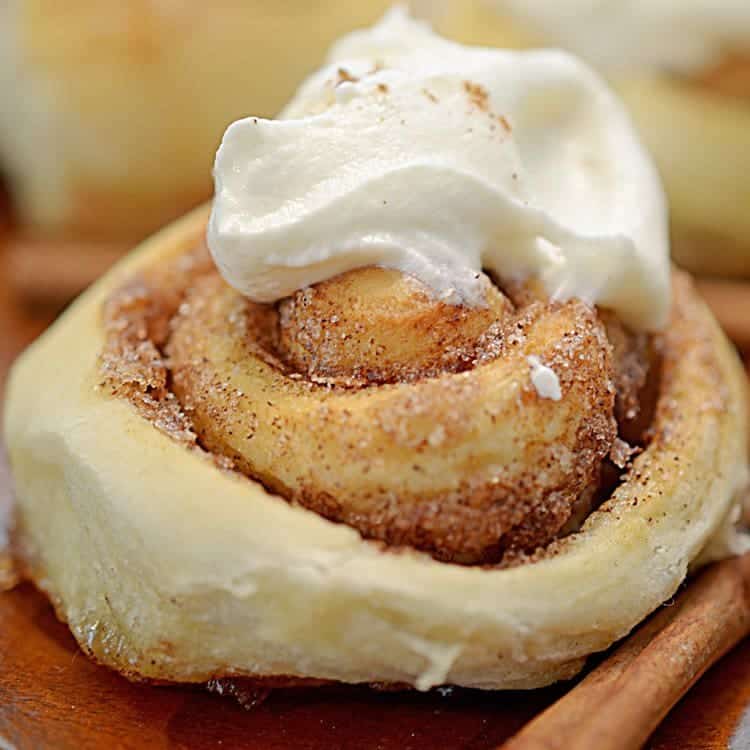 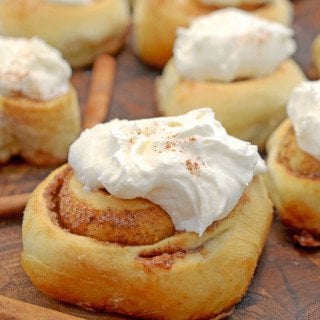