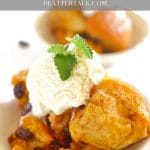 Let your slow cooker take care of dessert by making this Crock Pot Bread Pudding; a simple loaf of bread, some eggs, and a few other basic staples. Your whole family will love this crock pot dessert! 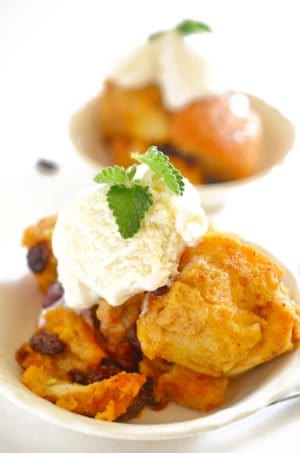 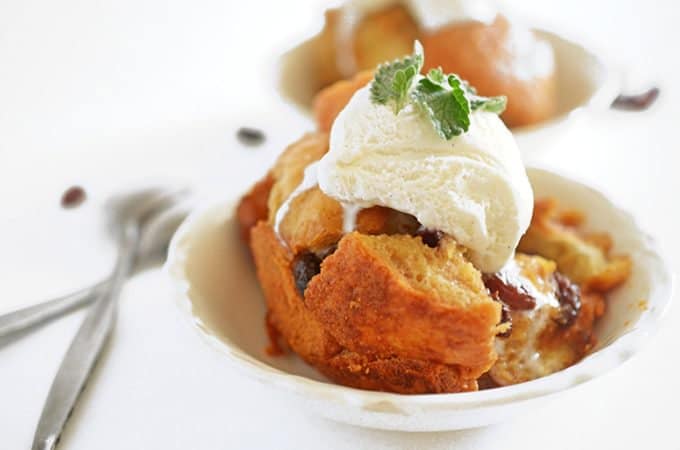 We are a busy gang, with six kids coming and going, a house in town, one on the lake, and two parents who have full-time professions. That said, we have learned to embrace the convenience factor in many facets of our lives, including when it comes to preparing food and feeding our boys.

It’s no wonder we love good slow cooker recipes, and with great desserts like this one, I always have to ask why it is that we don’t put this kitchen power player to good use more often. 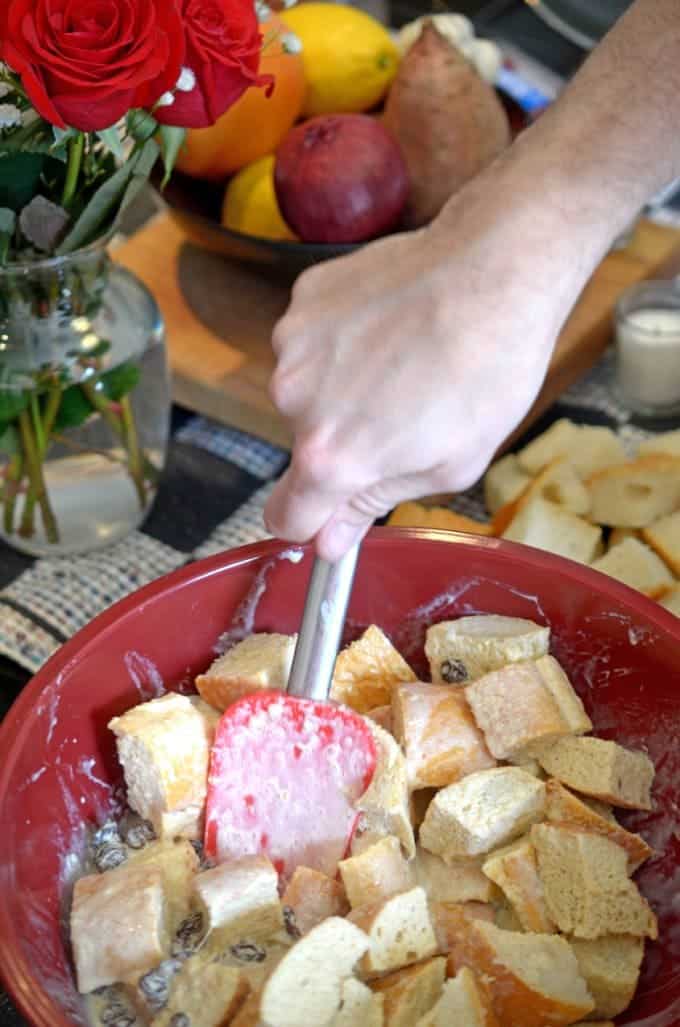 This crock pot dessert is so simple to make even a kid can do it.

“…it’s fair to say that making dessert in a slow cooker just may be the way to go.”

How many times have we heard that simple is best?

Bread, eggs, and a slow cooker; throw in a few other goodies, and you’ve got a warm and wonderful dessert, all with minimal effort.

How could this be any better?! 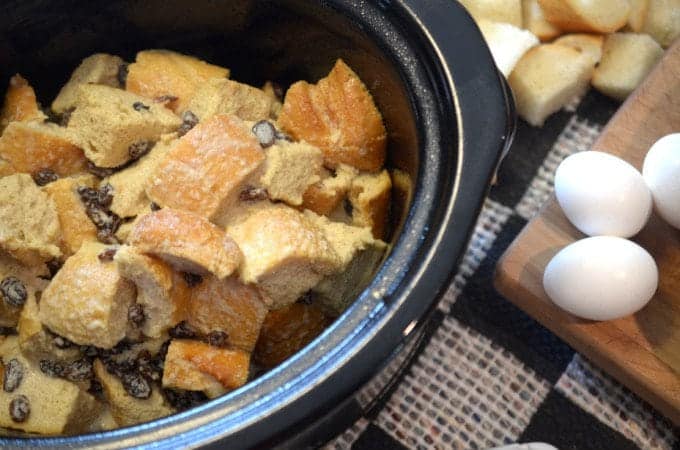 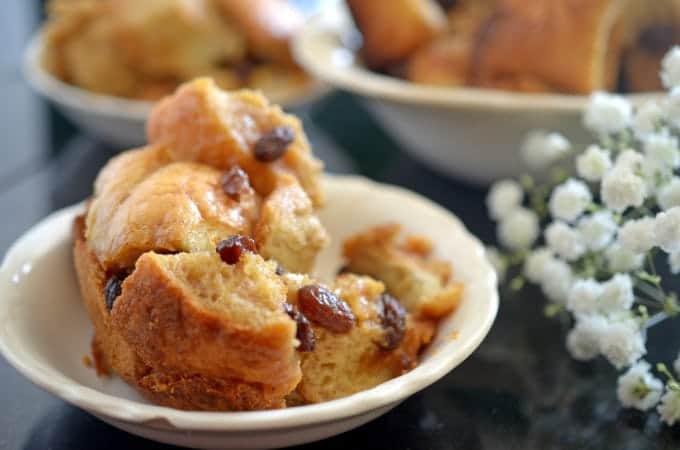 Why We Love This Crock Pot Bread Pudding 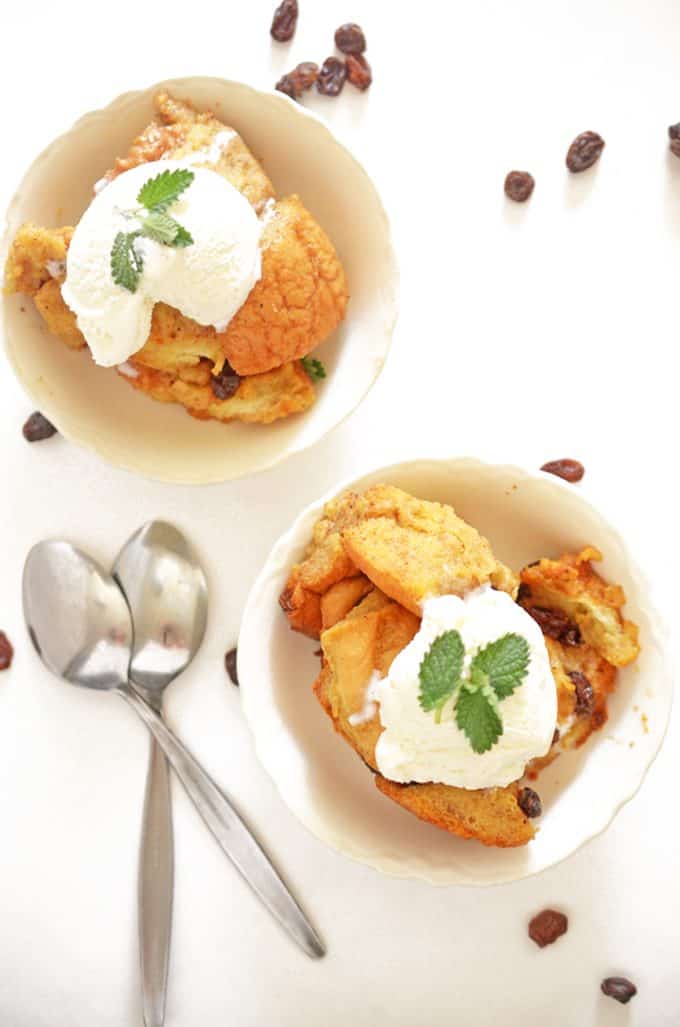 We’ve made desserts in the crock pot before, and our readers have loved the results! 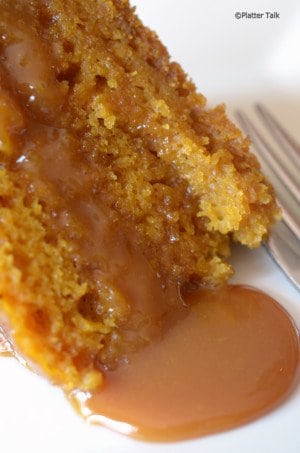 Be sure and have a taste of this slow cooker dessert, our Sticky Caramel Pumpkin Cake!

Our Slow Cooker Sticky Caramel Pumpkin Cake is one of the most viewed recipes on our site. Having been pinned over a quarter of a million times, it’s fair to say that making dessert in a slow cooker just may be the way to go!

When I served this bread pudding, our 11-year-old foodie son, Isaiah, asked, “What makes this a pudding?” I thought this was a great question and so we did a little research on the history of this sweet creation.

“Almost a thousand years later and this form of dessert is still going strong.”

It turns out, bread pudding dates all the way back to the 11th century, when frugal cooks looked for frugal ways to use stale and leftover bread instead of letting it go to waste.

Almost a thousand years later and this form of dessert is still going strong.

Get your slow cooker out of the cupboard and make this a reality.

You’re going to love it too.  -Dan 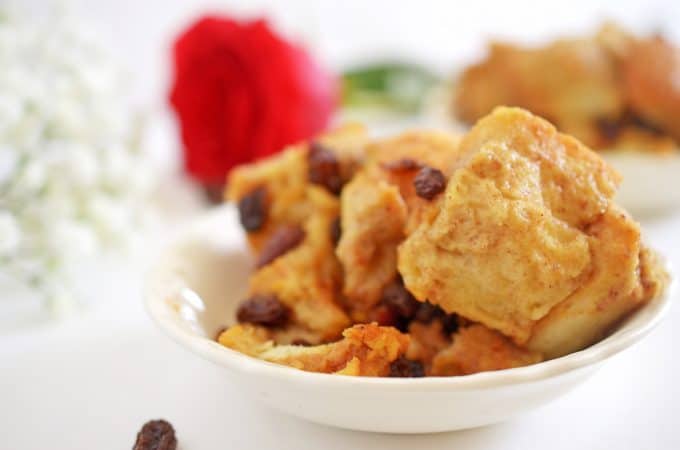 How do you make bread pudding? We would love to hear!

You get the idea! As with all recipes: Make. It. Your. Own!

May substitute whole milk for cream.
For added texture and enhanced floor, place cubed bread under broiler in oven until toasted.

We're a modern family with two parents, six boys, and one sassy Chihuahua named Buddy Guy. We all enjoy eating (especially Buddy) and making good food and sharing easy recipes with you is our passion! Please pull up a chair and take a look at what we are serving. Read More… 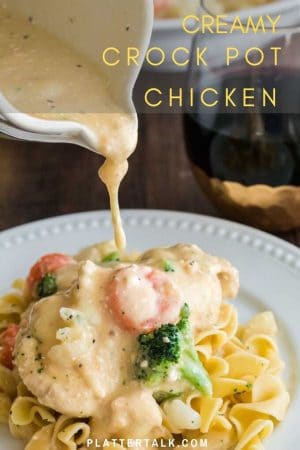