Do you remember eating pop tarts as a kid and wondering what magic process was used to make them? Well, wonder no more. Today I am showing you, step-by-step, how to make the best pumpkin pie pop tarts ever and there is no magic involved! 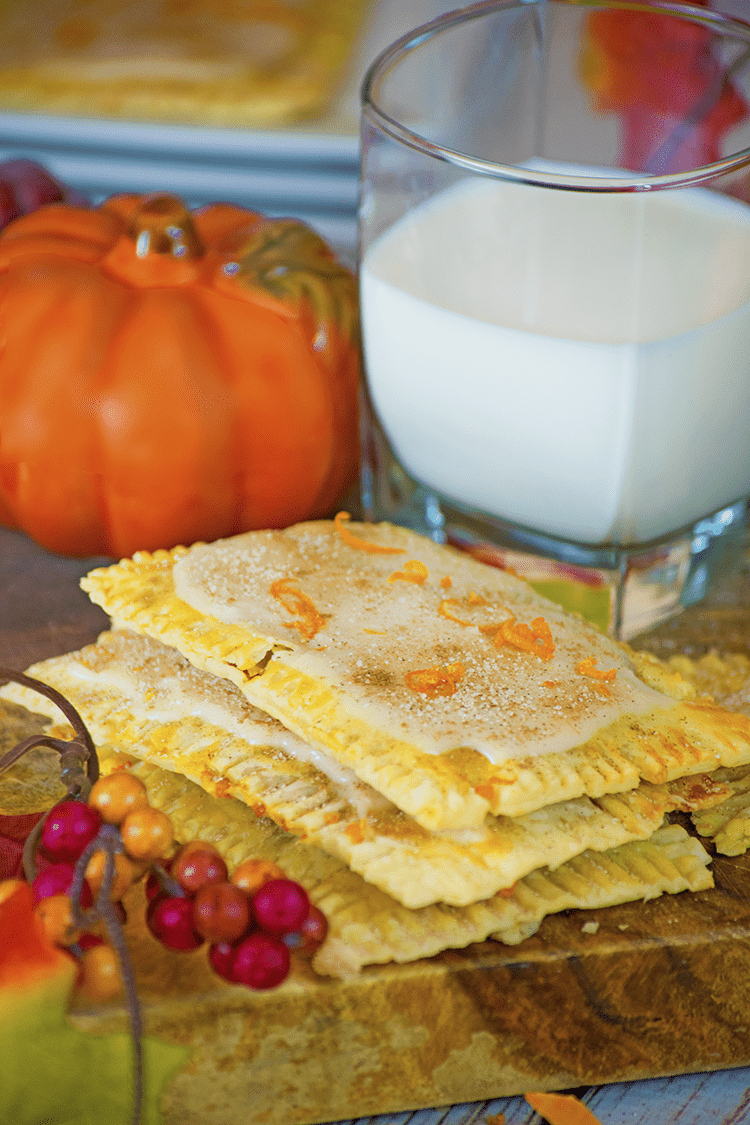 Pop-Tarts are easy to make from scratch and so much better than store-bought ones!

We are featuring these homemade pop tarts as part of pumpkin week here on Platter Talk. Together with about 40 other food sites, we are featuring pumpkin recipes all week long! 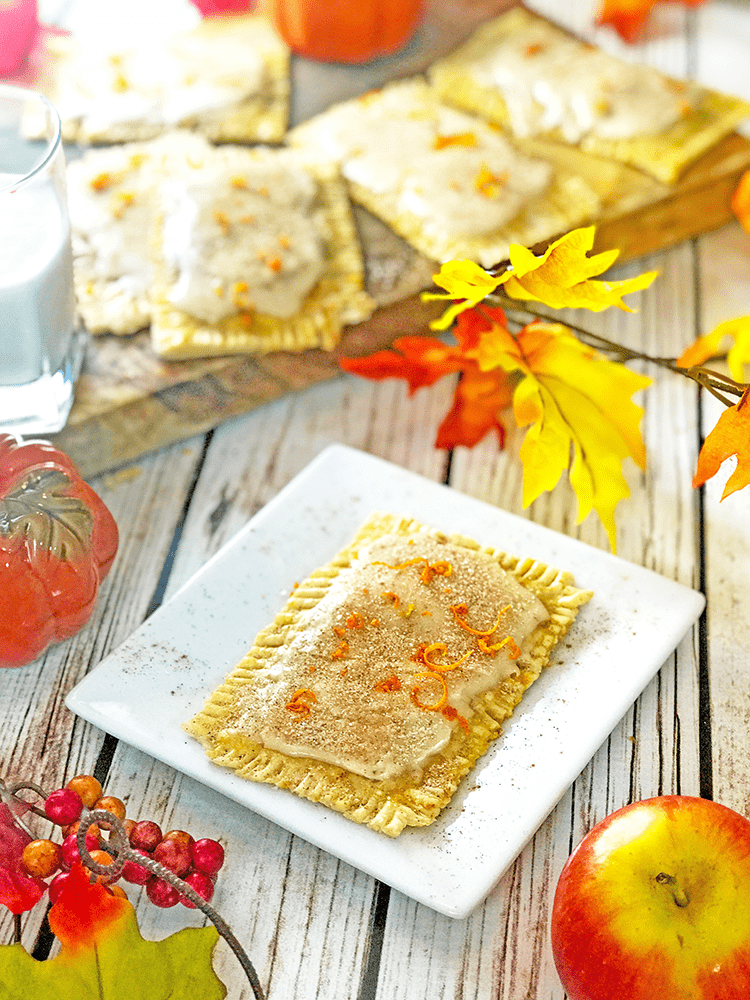 This pumpkin recipe may be the best pop tarts you will ever taste!

I have been thinking about making homemade pop tarts for a while now. I was looking for the right filling, and I can say that I hit the jackpot with this pumpkin pie idea. 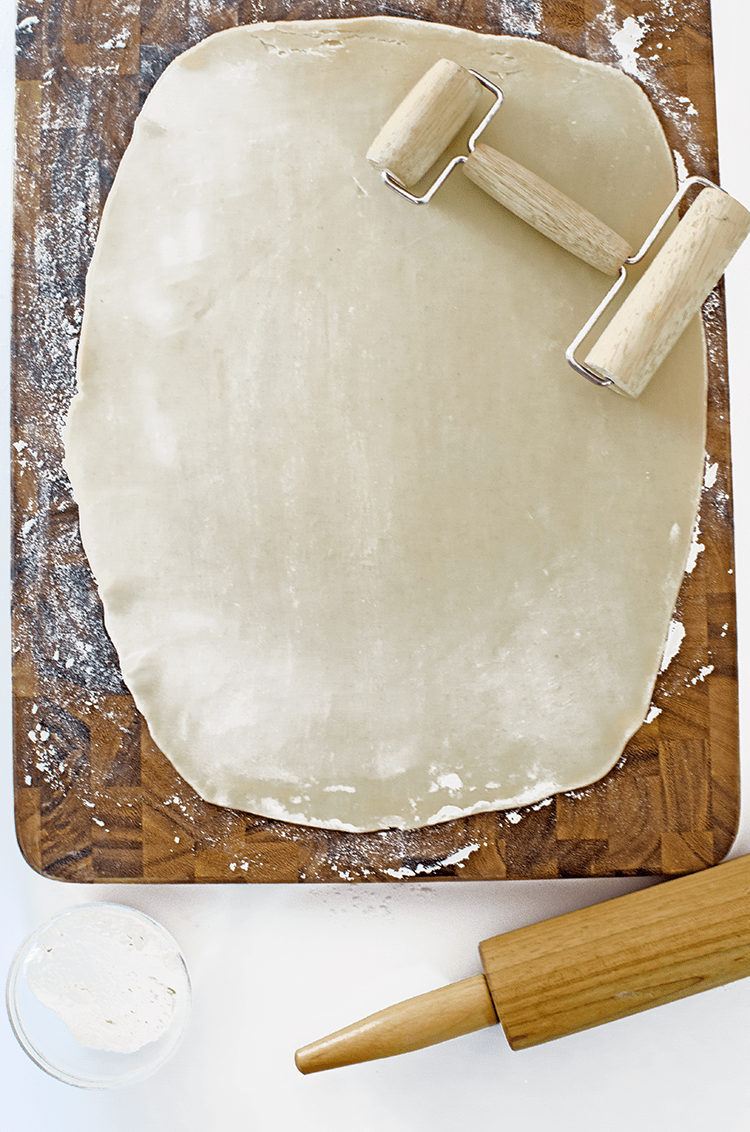 Both a rolling pin and a pizza roller are handy tools for making pop tarts. 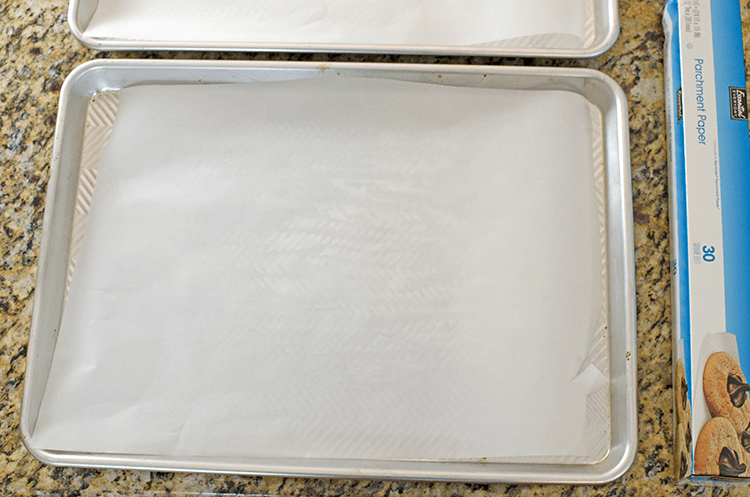 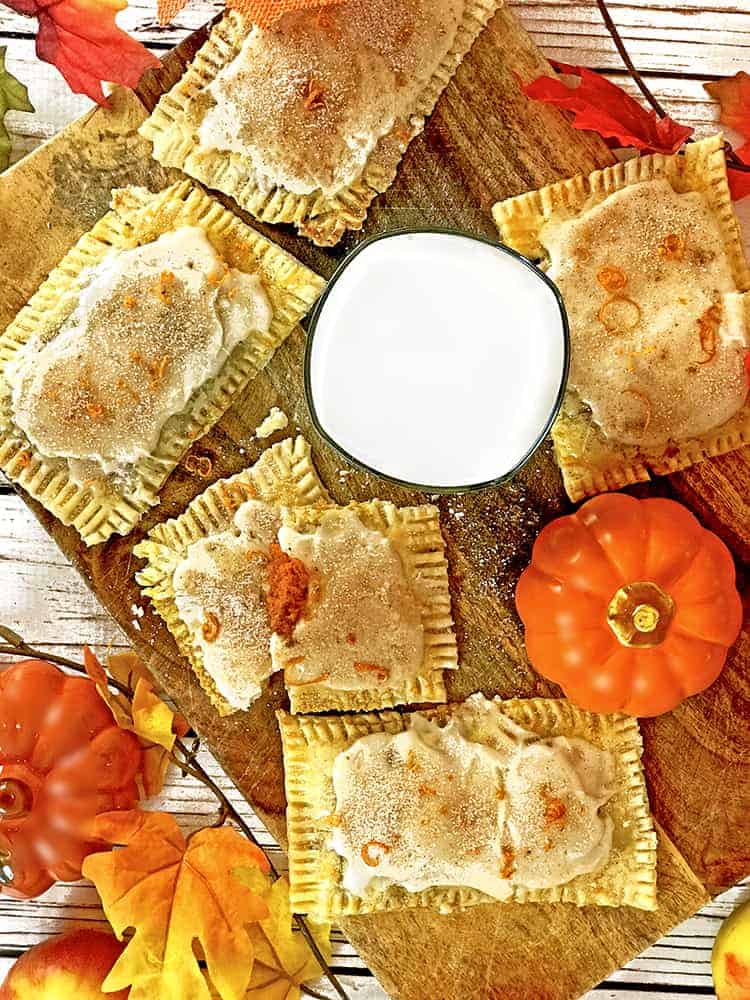 These pumpkin pop tarts are not only better than the store-bought ones; they're crazy fun to make!

Begin by preheating your oven to 400° F. Then, line a large baking sheet with parchment paper.

Next, lightly flour a cutting board and roll out a sheet of refrigerated pie crust. Try to form a rectangle, about 11" x 15" in size. A pizza roller works great to shape the edges, and you can use a table knife to square them off. 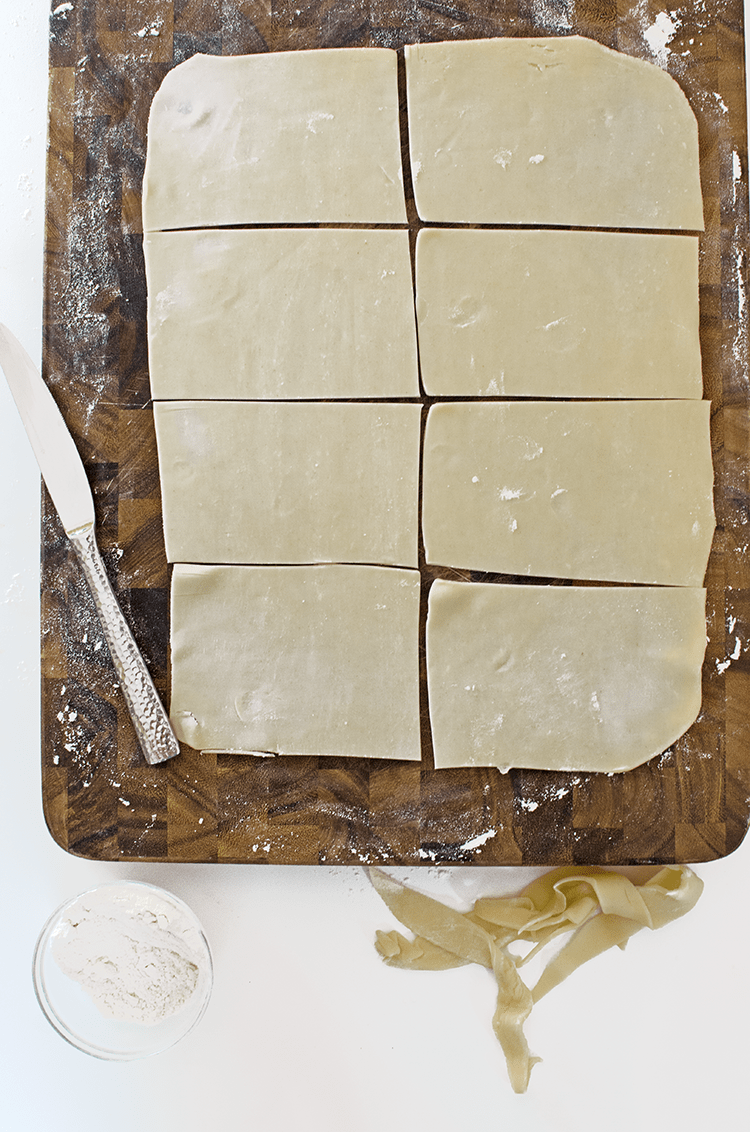 Divide the rolled-out dough into eight equal segments, as shown. 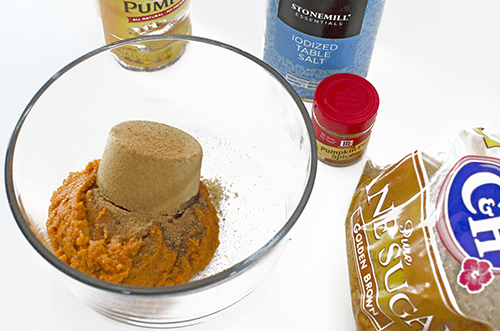 Combine the filling ingredients for these pop tarts. 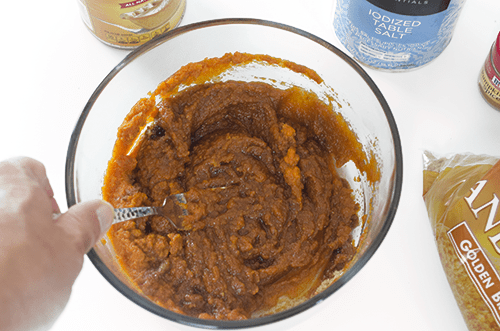 Use a table fork to stir the pop tart filling.

Next, use a small mixing bowl and combine the pumpkin, brown sugar, salt, and pumpkin spice. Stir the pop tart filling with a table fork, until smooth. 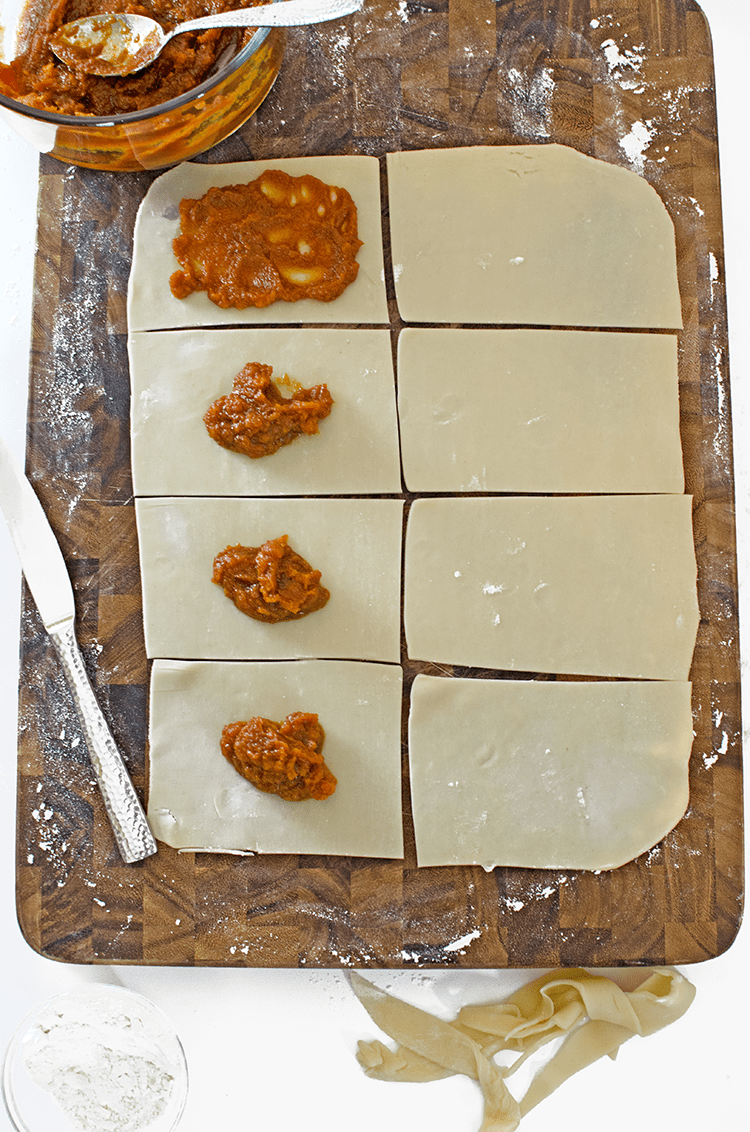 Add the filling for the pop tarts.

Use a tablespoon and add a dollop of the filling to one-half of the pop tart squares. Spread it out leaving about a half-inch or so from the sides. 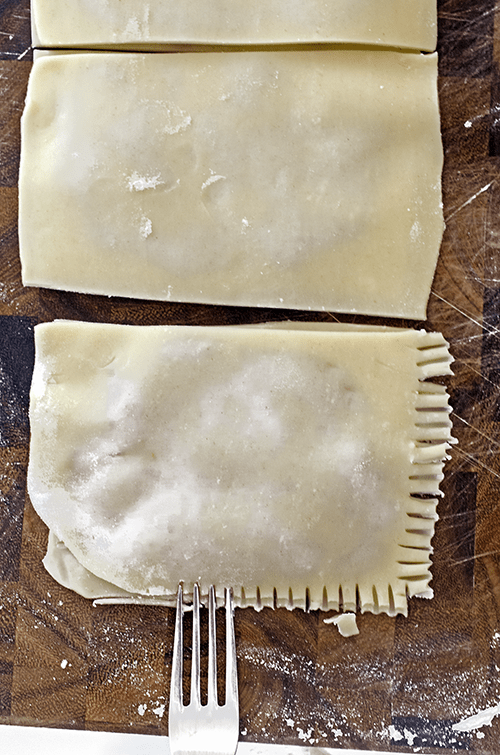 Crimp edges of pop tarts with a fork. 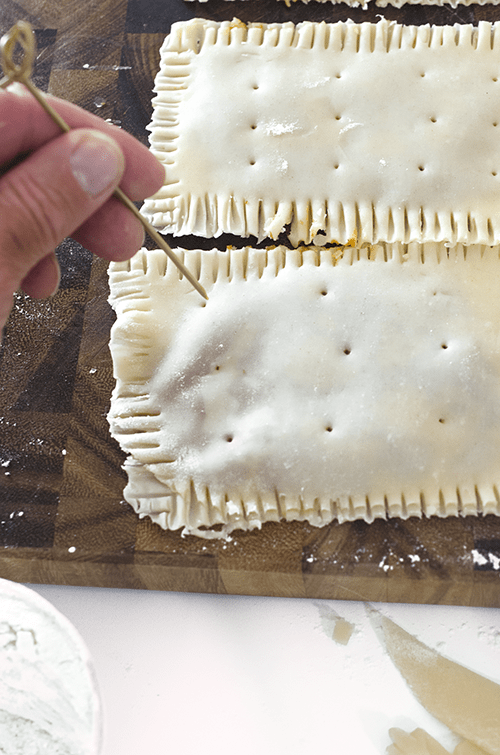 Created vents in the pop tarts, using a tooth pick. 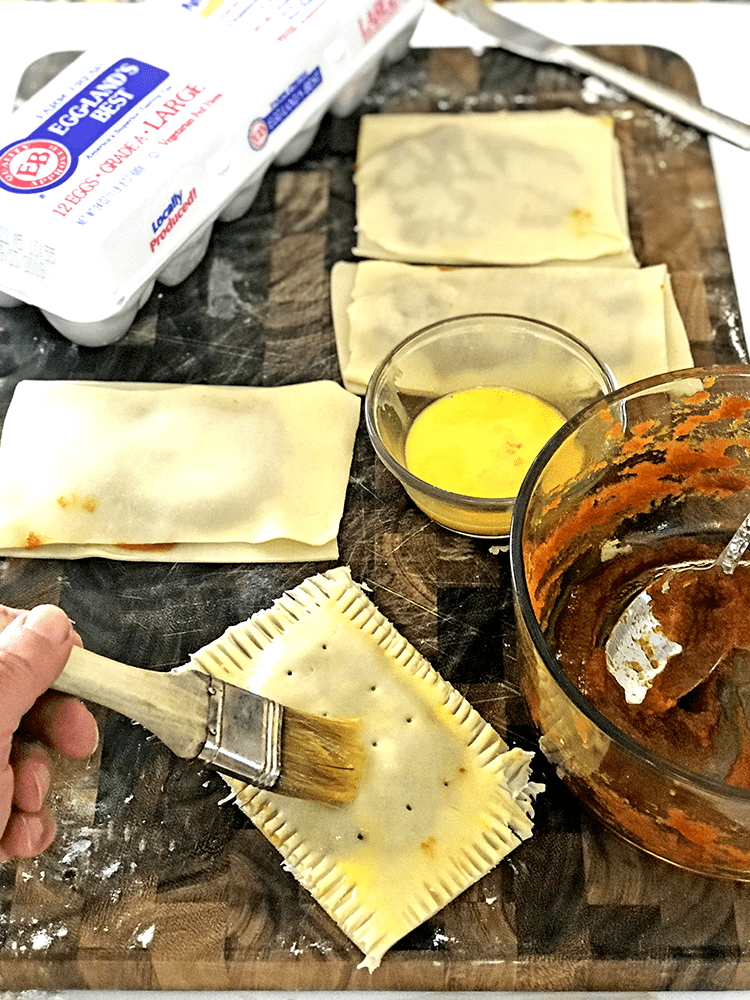 An egg wash is used to make the pop tarts glossy and golden when they come out of the oven.

If you have ever asked, "What is an egg wash?" It is merely a way to dress up pies and pastries. Using an egg wash will add a golden sheen to these pop tarts and make them even more mouthwatering!

To make an egg wash, just beat an egg in a small bowl. Then, use a pastry brush to apply a light layer of the egg wash to the outside of the pop tarts. 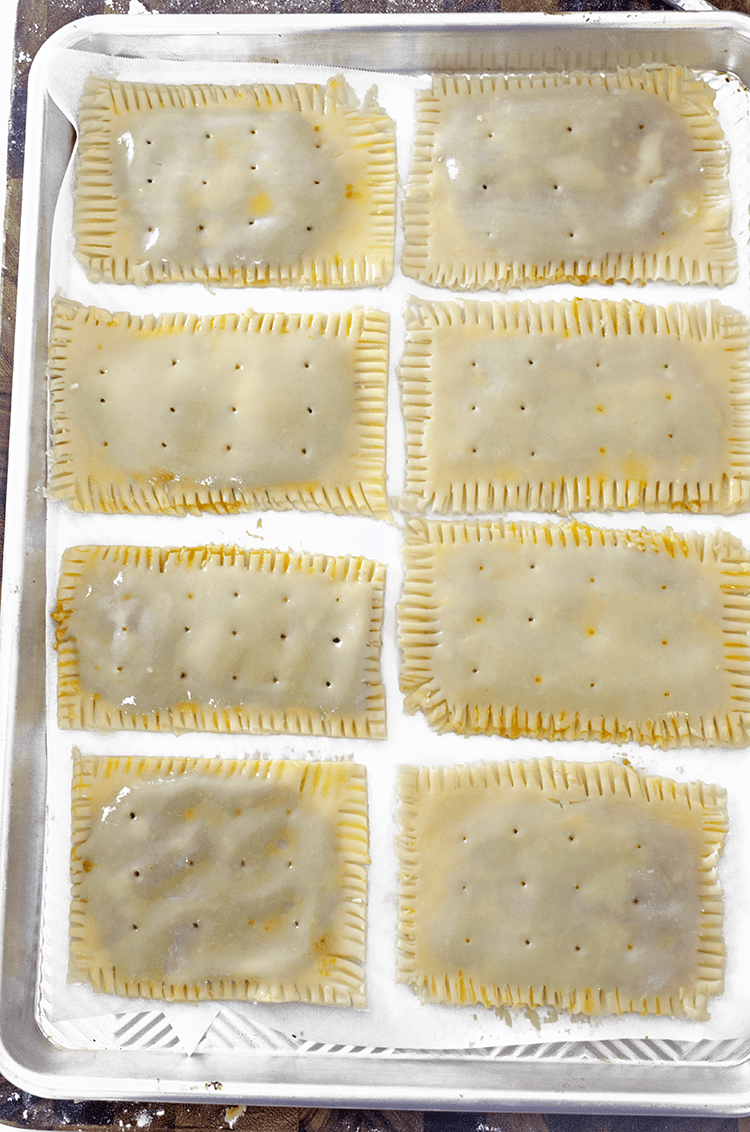 Place the pop tarts on the prepared baking sheet.

Place the unbaked pumpkin pie pop tarts on the parchment paper-lined baking sheet. Then, bake them at 400° for about 20 minutes or until golden brown.

Allow the Pop-Tarts to Cool and Make the Icing 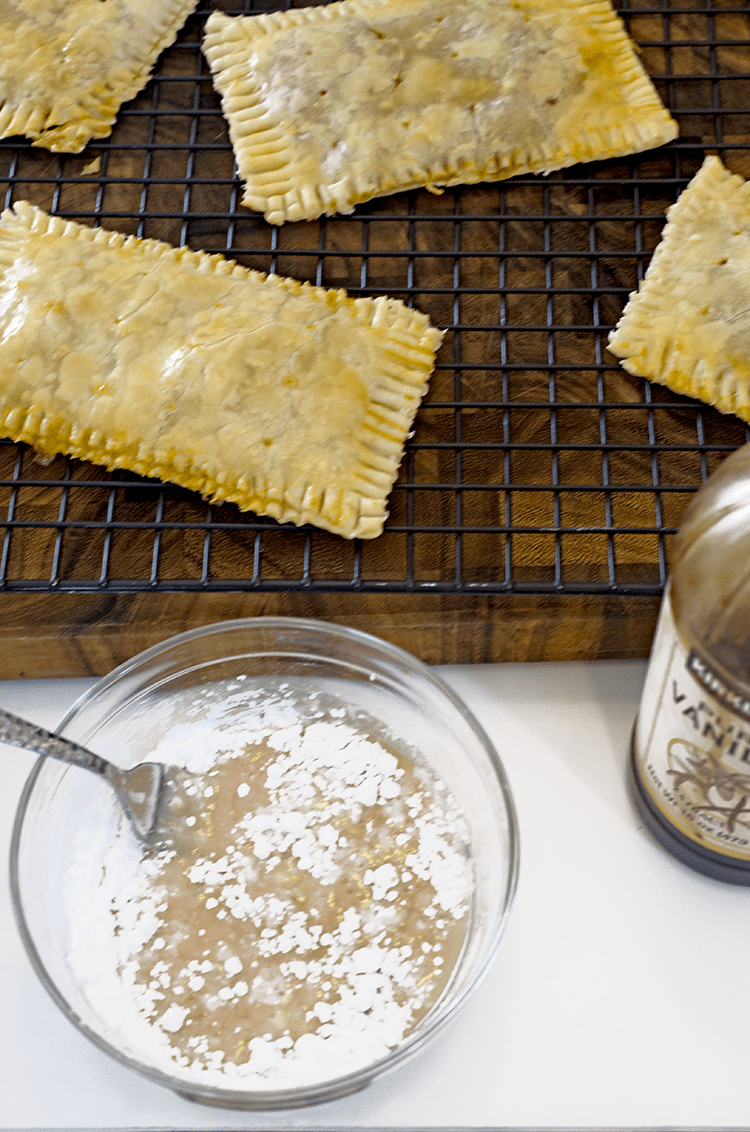 While the pop tarts are cooling, make the icing.

Allow the pop tarts to cool for 10 minutes on the baking sheet after you take them out of the oven. Then, transfer them to a wire cooling rack and let them cool to room temperature.

While the pop tarts are cooling, you can make the icing.

How to make the pop-tart icing

Use a spoon to top each pop tart with the icing.

Prepare the pop tart icing as directed and adjust consistency as needed. Garnish with cinnamon sugar and orange zest for a little extra flavor and curb appeal! 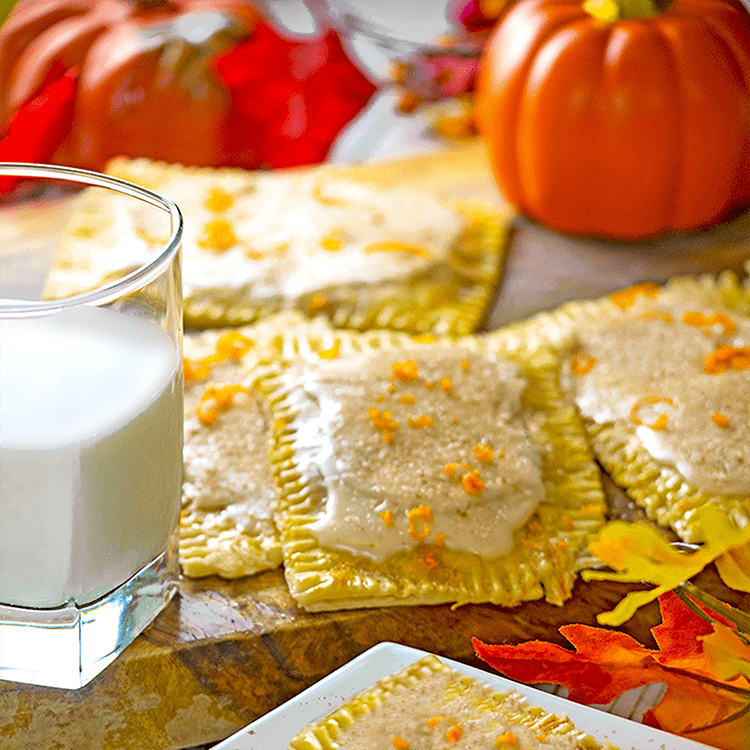 Pumpkin Pie Pop-Tarts from Your Kitchen

This pop tarts recipe is an easy recipe for kids and an excellent opportunity to get your kids in the kitchen. You will help create life skills and memories for both you and them that are sure to last a lifetime. 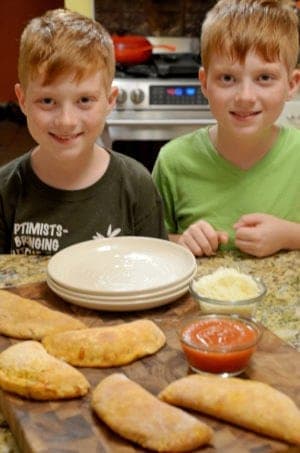 Easy Calzones are one of our easy recipes for kids.

More easy recipes for kids include: 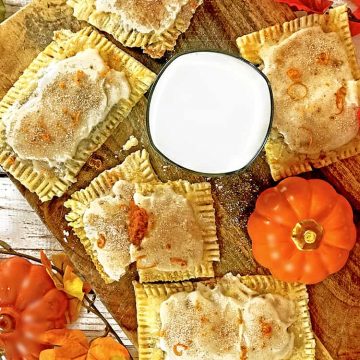 For the Pop Tarts

For the Pop Tarts

For the Pop Tart Icing