Jump to Recipe Print Recipe
Cinnamon Apple Pear Bread Pudding is a super-easy and equally delicious dessert recipe that anyone can make. 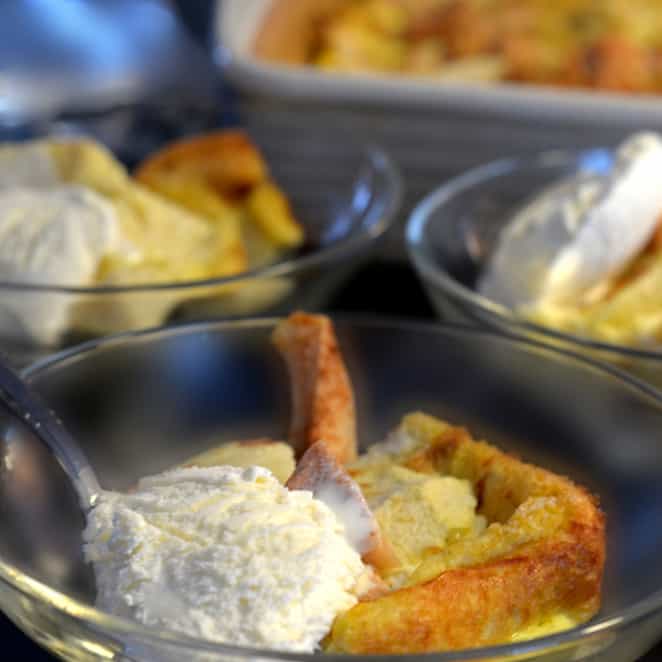 We have a pretty big and active family, making it especially important for us to rely on efficiency and low cost when using our resources. This is particularly true in the kitchen. Since starting Platter Talk, nearly three years ago, our boys have taken a keen interest in this family venture and have been featured in a number of posts while making their own recipes. This Cinnamon Apple Pear Bread Pudding Recipe is the perfect dessert to make with kids because it's easy, it's delicious, and it uses common stables that you likely have on hand. We made bread pudding in the slow cooker, a while back. Today's version of Cinnamon Apple Pear Bread Pudding Recipe offers more of a custard component, not a great deal, unlike French toast. The cinnamon gives it a unique warmness, and the fresh apples and pears balance it out nicely. This dessert was a hit at our house and I think it will be at yours as well, especially during the cold months of winter.  Hope you enjoy! -Dan 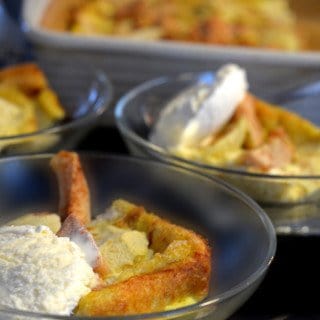