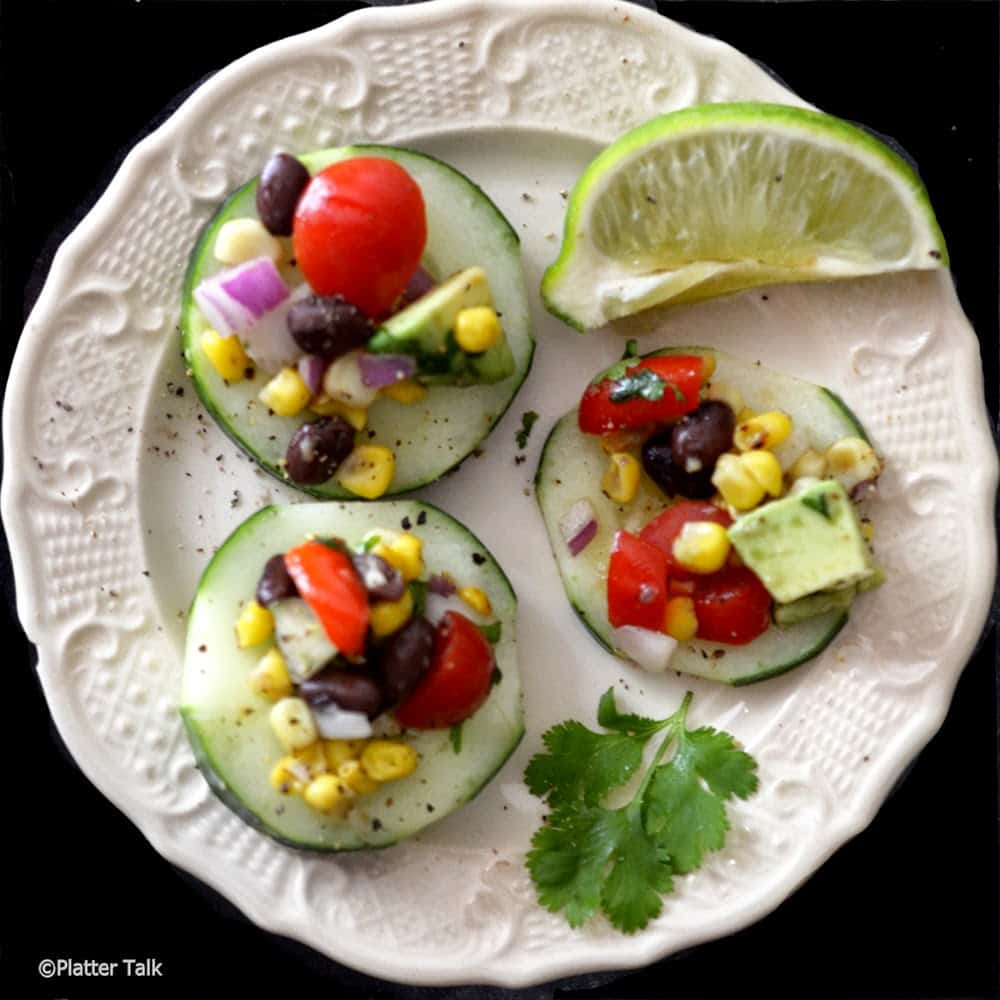 It's high summer here in Wisconsin and no one is enjoying it more than our family.  Our kids have been enjoying the lake on weekends, with lots of swimming, fishing and kayak races.  The grown-ups have been equally thrilled to bask in the season and all the foods of summer. 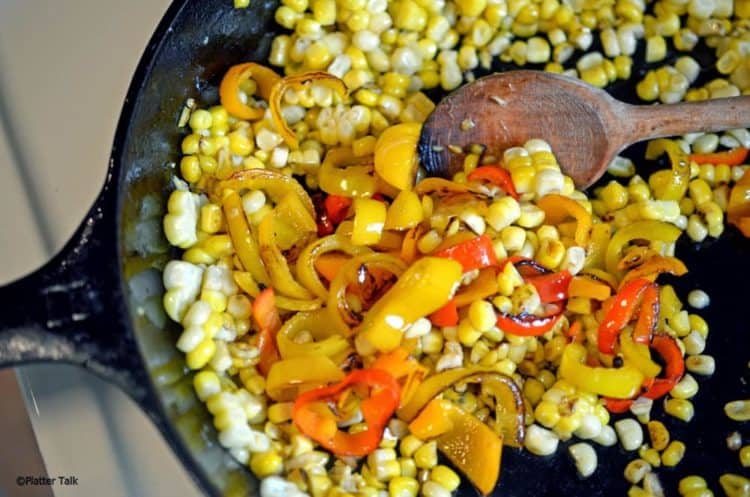 We had our first big summer gathering at the cottage, over the holiday weekend and dubbed it it a 5th of July Party.  Although it may have appeared as a small group to some,  with only a dozen adults and probably as many kids present, it was just the right size for our small cottage on a small lake in the middle of Nowhere, Wisconsin. 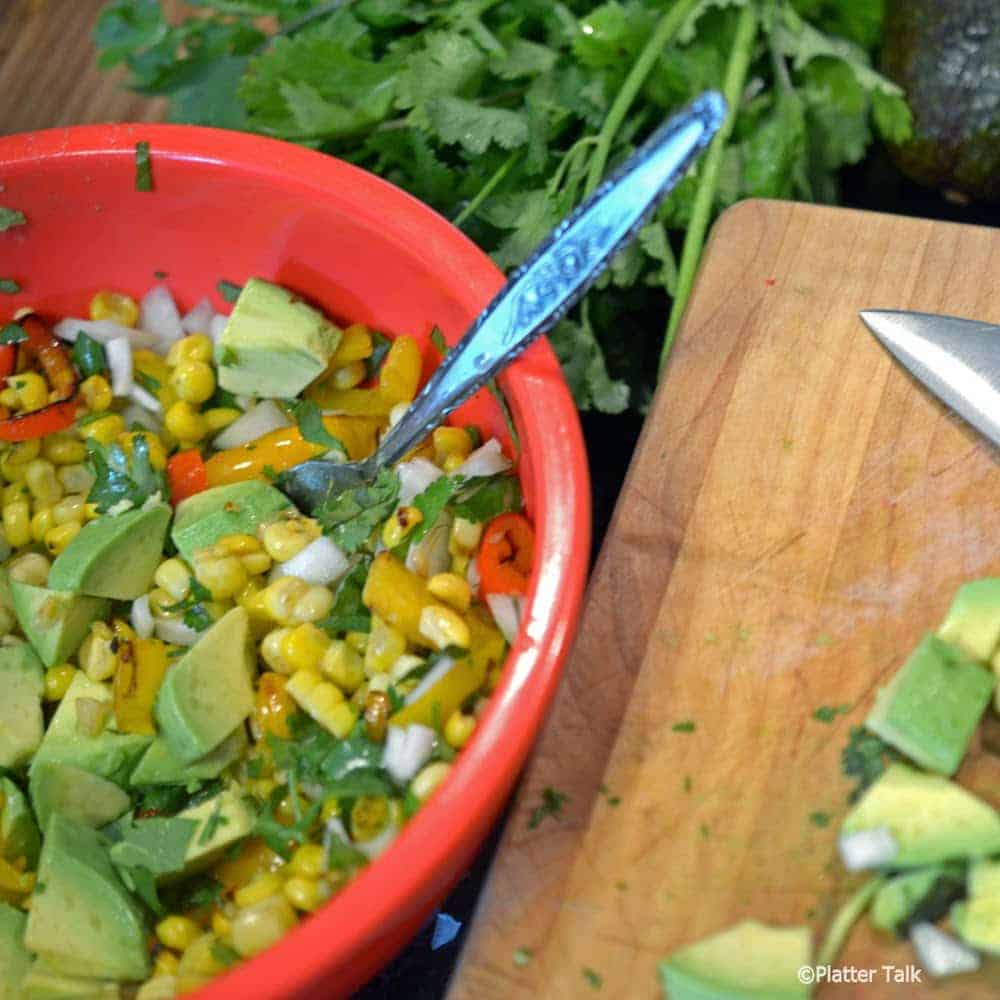 There was Sangria (coming soon!), there was Rhubarb Slush, there was Cornell Chicken, and even Jerked Beef.  That list is just the tip of the ice berg.  Of relevance to this post, their was fresh corn on the cob as well. 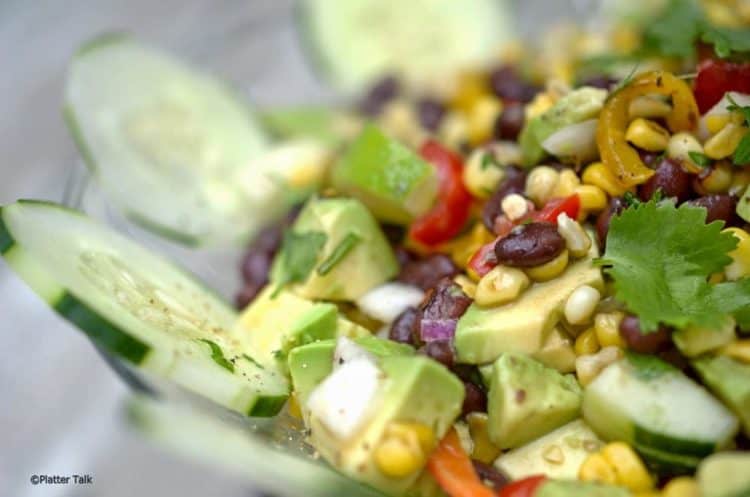 Our 5th of July fete was a great success if judged by the smiles and laughter of our human guests, and the cannines who were fetching water toys off the pier.  In spite of all the food, we did pretty well with not having an over abundance of leftovers; there were however a few ears of corn that found themselves wrapped in cellophane and on the lower shelf of our fridge. 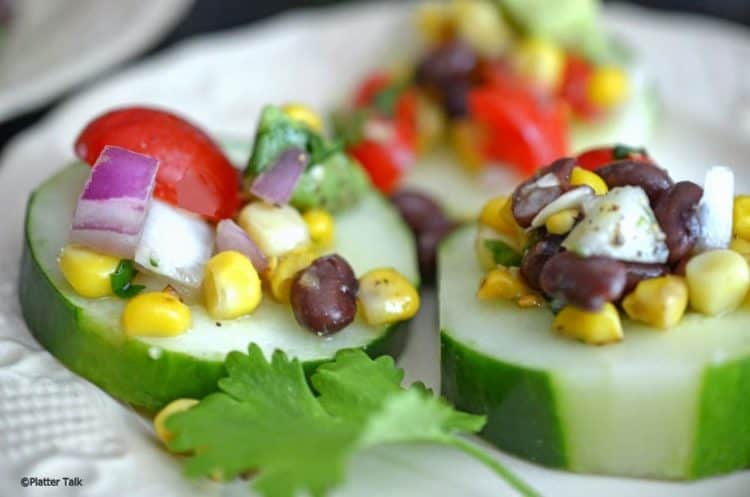 Just the next day, on the 6th of July, that same corn found itself falling into a hot iron skillet where I roasted it to a brown tenderness.  A few sweet baby bell peppers joined it, and before you know it another party was commencing on the stovetop. 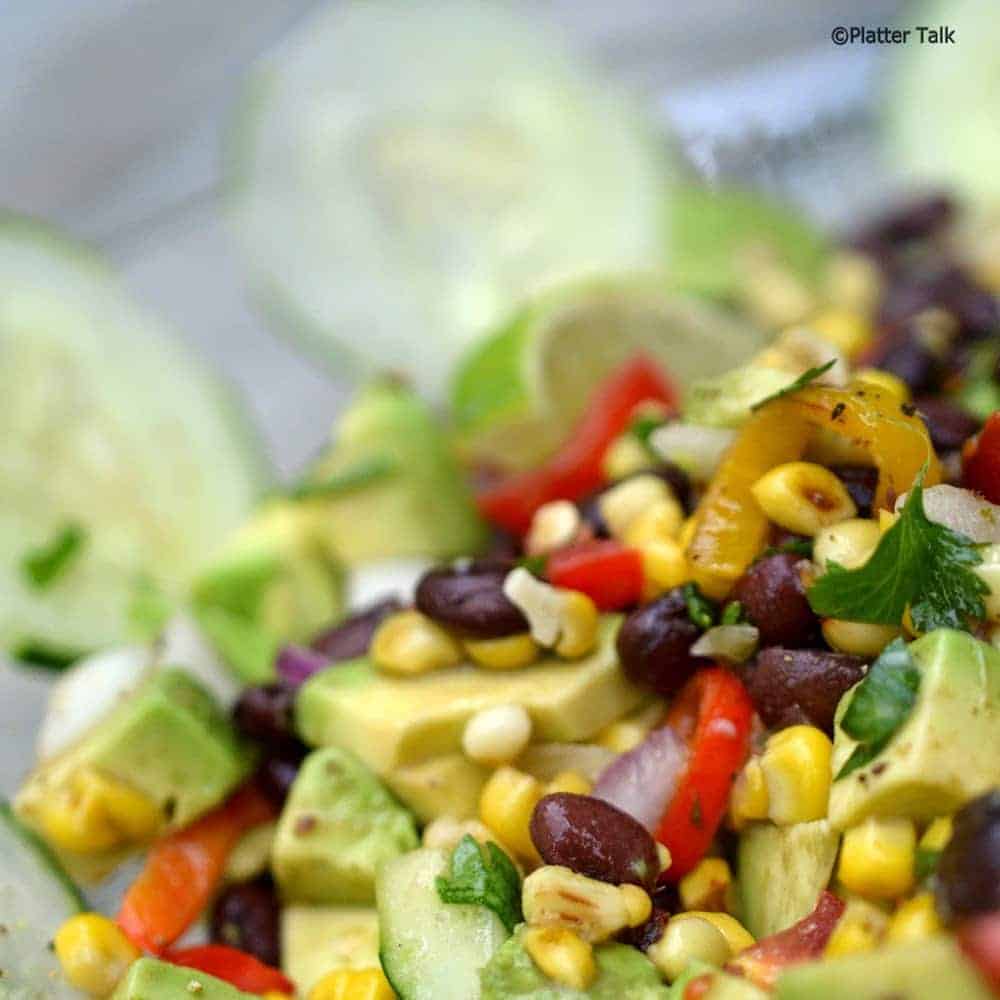 My original intent was to serve this with some traditional tortilla chips but before I could open the bag, that little light that sometimes illuminates between my ears started flashing.  "Use the cucumber, use the cucumber, use the cucumber,"  the signals were coming loud and clear.  In lieu of the store-bought, processed and salt and fat-laden chips, we subbed a fresh fat cucumber and the party went on and on.  Happy summer, try this light and healthy taste of the season.  I know you'll like it.  -Dan 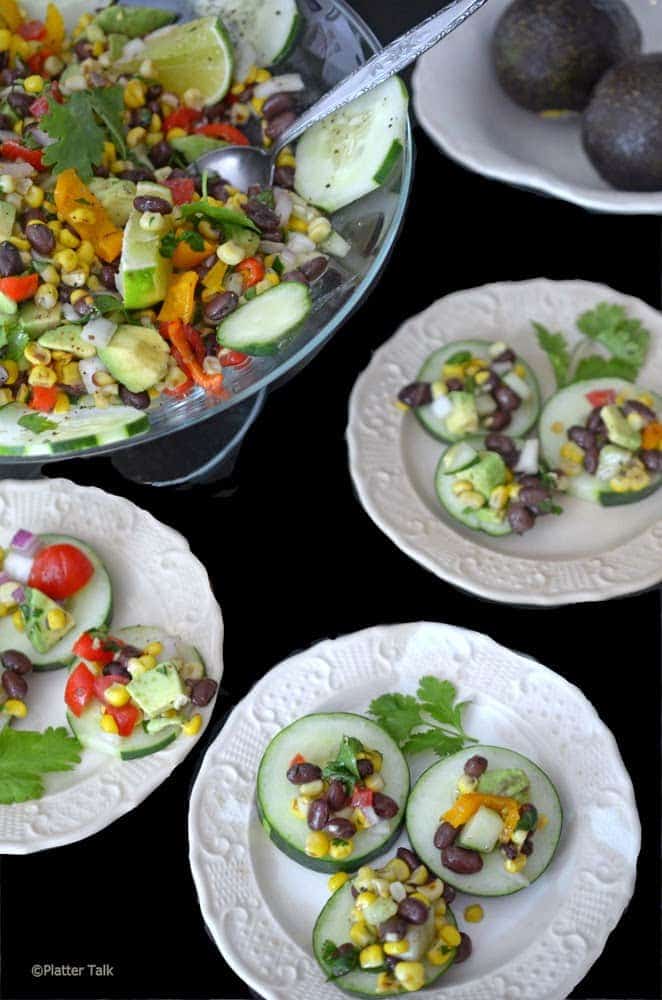 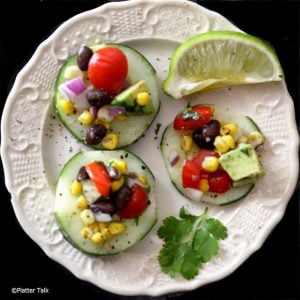