Home » Collections » Kitchen Tips and Hacks » How to Make A Roux

How To Make a Roux?  It’s a question I get very often and for great reason. Anyone can make a roux, and if you read on, you will become an expert sauce and gravy maker in no time flat. 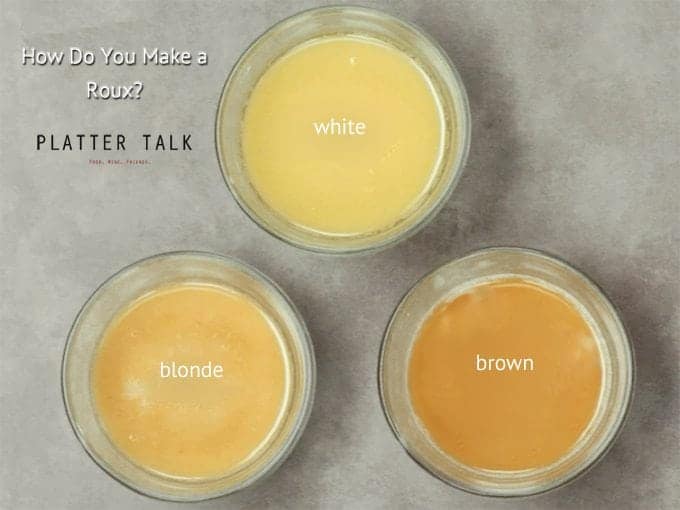 Generally, a Roux is classified by one of three colors, and each has its unique character.

A roux is an essential component to so many good tasting sauces, gravies, soups, and stews. So important is roux in cooking, it is used in three of the mother sauces of classical French cuisine:

Don’t let those fancy sauce names fool you though; a roux is also important in a good Mac and Cheese and that gravy recipe we all like to use on top of those mashed potatoes and turkey on Thanksgiving Recipes.

How To Make a Roux?

When making sauces and gravies, unless thickened by a reduction, a thickening agent is needed. There are many options you can use. 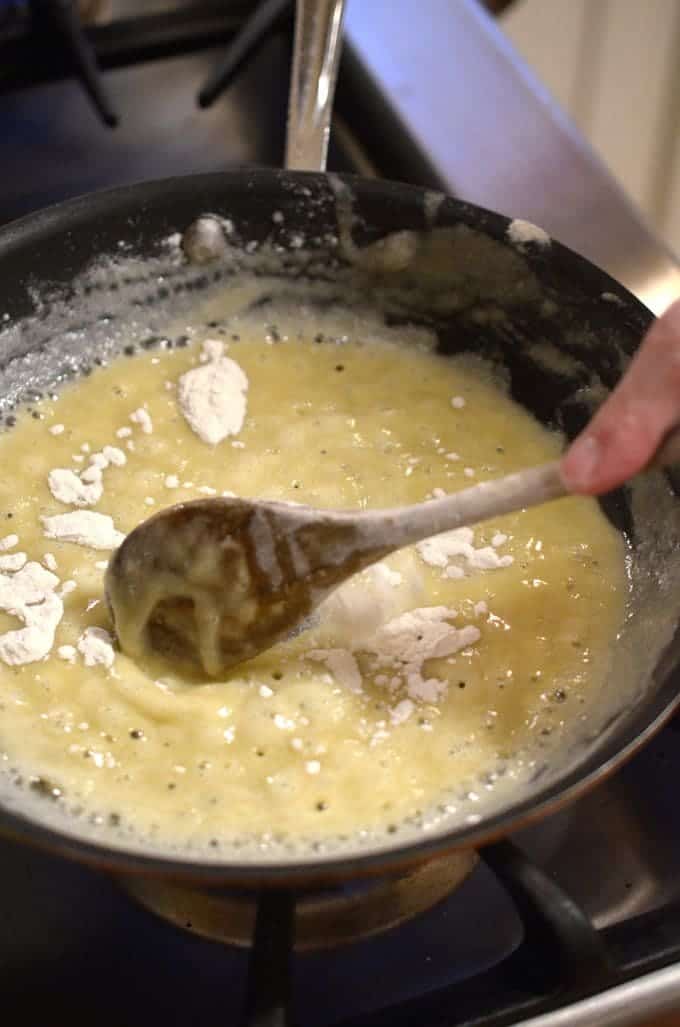 Learn how to make a roux from Platter Talk food blog.


Today I am showing you how to make a roux.  A roux is equal amounts of flour and fat, cooked together to make a binding thickener for stews, soups, sauces, and gravy.

Fats that can be used include butter, drippings or oil. Once you’ve successfully made and used a roux a few times, you’ll be able to “eyeball” it, without measuring or weighing.

Look for the perfect ratio of flour and fat in a roux to have the consistency and appearance of wet sand.

Common fats used for  roux may include 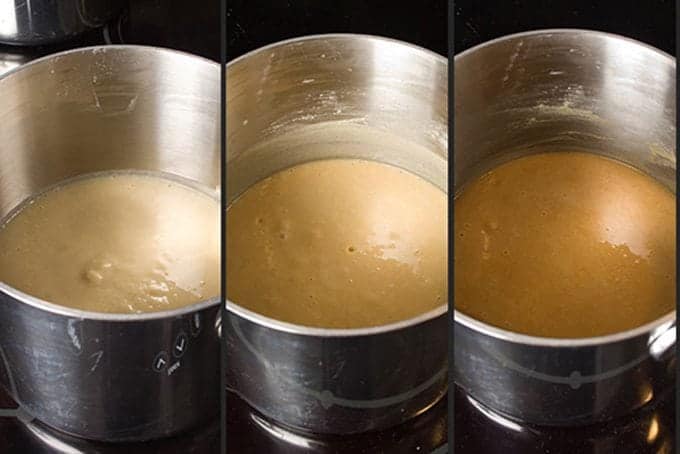 When making a roux, the flavor and color of a roux will change, the longer it is cooked.

Generally, there are three colors of roux.

The color and flavor desired for your end product determine the color of roux that you need to make for your thickener. 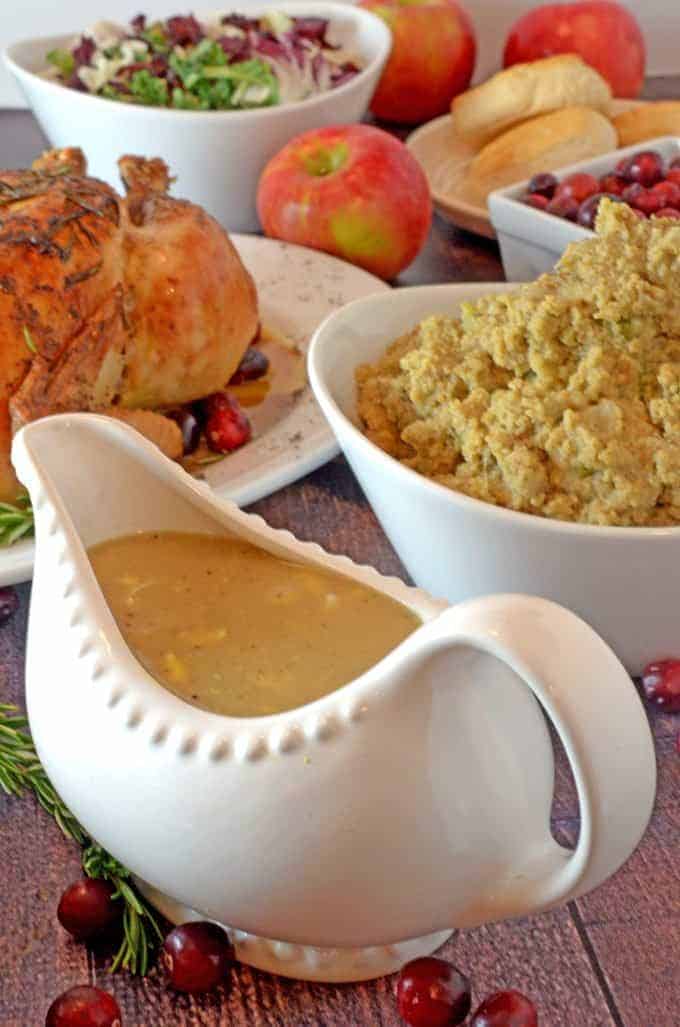 See our video of how to make a roux, with our Recipe for Giblet Gravy.

When preparing a roux, it’s important to stir constantly (I use a wooden spoon) or whisk.

A white roux is cooked the least, no more then 5 minutes, so it remains light and is mostly used with a milk base (think Béchamel, one of the five mother sauces). 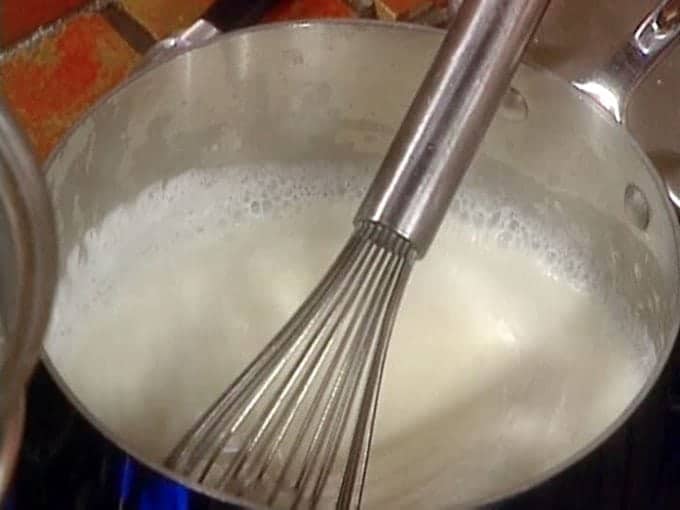 Béchamel uses a white roux, for a lighter flavor.

Blonde roux can be used in chowders, bisques, gravy, and when mixed with stock, becomes a Velouté, another 1 of the five mother sauces.

A brown roux is cooked between 10 and up to 30 minutes. Brown roux are great bases for meat gravies and are used as an ingredient in another mother sauce, Espagnole.

As a roux continues to cook its flavor will deeper thus producing a more pronounced taste.

Dark brown roux is used in traditional gumbo. Another 10 minutes can be added on to the cooking time for this. 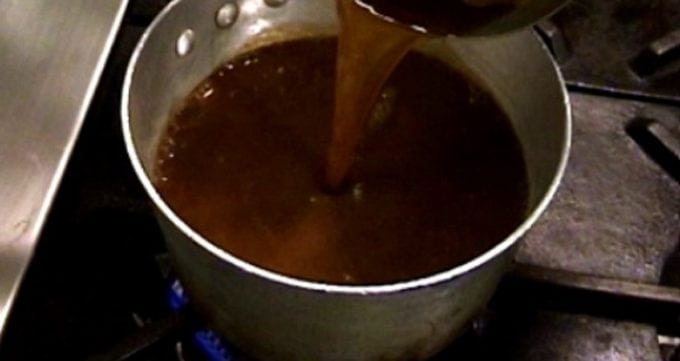 This Espagnole is a classic brown sauce that gets its thickness from a brown roux.

The darker the roux becomes, the less thickening ability it will have to receive liquids, due to the result of the chains in the gluten being altered by the deep cooking process. Therefore, plan on making extra when making a darker product.

A flour-based sauce is the correct consistency when it coats the back of the spoon- this is called Nappé in French cooking. 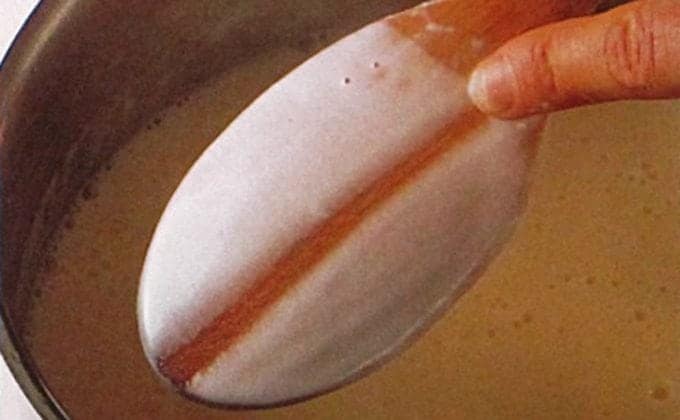 In a Nappé sauce, the sauce will coat the back of a spoon.

Here is a great link on 12 Classic Sauces Everyone Should be Able to Make. 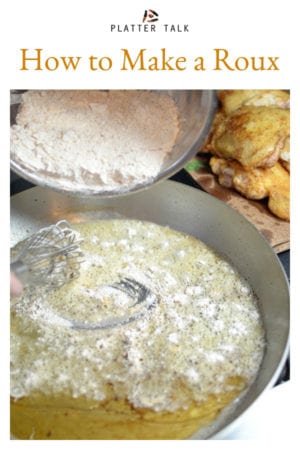 Pin these instructions for making a roux for later.